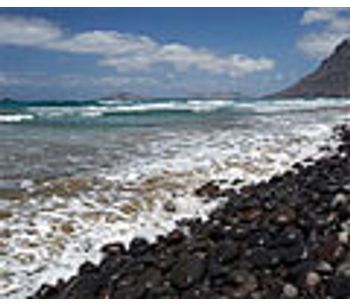 The annual bathing water report presented this week by the European Commission reveals that the large majority of bathing sites across the European Union met EU hygiene standards in 2007. Some 95% of coastal bathing areas and 89% of bathing sites in rivers and lakes comply with the mandatory standards. The report provides useful water quality information for the millions of people who visit Europe's beaches every summer. Commissioner for the Environment Stavros Dimas said: 'A slight downward trend can be observed for coastal bathing areas but bathing water quality remains high in the European Union. I encourage Member States to continue to work towards full compliance of all bathing sites, inland and on the coast. I am glad to see a decrease in the amount of bathing sites removed from the list of tested sites and thus escaping official scrutiny.'

Every year Member States are obliged to report on the quality of coastal and freshwater bathing areas located within their territory. Bathing areas are zones where bathing is explicitly authorised or where bathing is traditionally practised by a large number of bathers and not prohibited. In 2007 a total of 21,368 bathing areas were monitored, a slight increase from the previous year. Some 14,551 of these were in coastal waters and 6,797 in inland freshwater areas.

To determine their quality bathing waters are tested against a number of physical, chemical and microbiological parameters for which the Bathing Water Directive[1] sets out mandatory values. Member States must comply with the mandatory values but may adopt the stricter standards and non-binding guide values.

A new bathing water legislation was adopted in 2006 to ensure coherence with other EU water legislation and in particular the Water Framework Directive. It updates the parameter and the monitoring provisions with the latest scientific knowledge and places greater emphasis on providing information to the public on the quality of bathing areas. Member States had until March 2008 to transpose the directive into national law, but Member States have until 2015 to implement it fully. Luxembourg decided to already apply the directive for the 2007 bathing season.

Overall, the number of bathing areas complying with the minimum quality requirements stayed stable in 2007.

For coastal bathing areas the proportion of sites complying with the mandatory standards decreased by nearly a percent to 95.2%. The number of coastal sites meeting the directive's more stringent but non-binding guide values decreased from 88.4% in 2006 to 86.1%, the second such decrease in as many years.

In 2007 Member States removed a total of 143 bathing sites from their national lists of sites subject to the directive's standards. This 44% decrease in sites being de-listed is encouraging, but the Commission insists that Member States must continue to tackle pollution problems at source rather than resort to de-listing sites that do not comply with EU quality standards. In 2006 the Commission opened infringement cases against 11 Member States over de-listing (see IP/06/470).

No comments were found for Bathing water quality in the EU remains high. Be the first to comment!