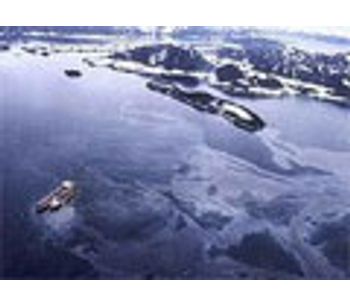 In 1989 a large oil tanker famously ran aground off the Alaskan coast, spilling 11 million gallons of crude oil into the waters of the Prince William Sound. Over 20 years later oil still contaminates some of the nearby gravel beaches. A recent study suggests it is the physical condition of the beaches that has caused the oil to persist. This research could provide guidelines for remediating susceptible beaches worldwide.

The coastline affected by the oil spill is an environmentally important area that supports fisheries and a variety of wildlife. In 1992 the shoreline clean-up was stopped after it was assumed that the rate of the oil's disappearance was sufficient to ensure it would be completely removed within a few years. However, patches of oil remain in some gravel beaches, persisting much longer than expected.

In this study, the researchers conducted field studies on six beaches during the summers of 2007, 2008 and 2009 and used models to explain the results, including why some locations were free of oil while others were heavily oiled below the surface. The report focuses on one beach which the researchers suggest is typical of what happens on other beaches in the area. One side of the beach was free of oil and the other side remained contaminated below the surface.

During low tide, the water table in the beach was recharged with freshwater from the landside of the beach. This means that during low tide in the clean areas, as seawater levels fall, the water table remains above the interface of the two layers and is recharged by the inflow of freshwater from the landward side of the beach. The high absorbency of the upper layer ensures a large inflow of freshwater. Therefore oil floating on the surface of the water in clean areas cannot enter the lower layer even as the tide falls.

In addition, groundwater water travelling through the lower layer flows slowly (about 30 metres every six months). By the time the water reaches oil patches in the mid-intertidal zone it is depleted of the oxygen needed to biodegrade the oil.

With climate change likely to cause greater melting of ice in the Arctic region, the potential for oil exploration and shipping through sea routes such as the Northwest Passage will increase. Gravel and gravel/sand beaches there and similar beaches found in high latitudes will be further at risk from oil spills.

No comments were found for Beach structure explains persistence of 1989 oil spill. Be the first to comment!