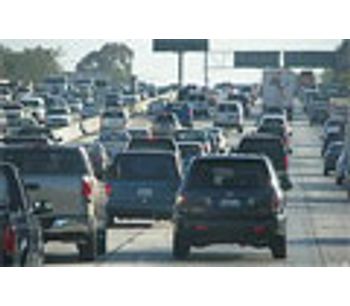 Even with half of private cars off the road, Beijing remains wrapped in a haze of smog. The real causes of Beijing’s air quality woes lie elsewhere. On July 20, half of private cars in Beijing went off the road in a sweeping attempt to improve air quality in advance of the Olympic games. Commercial and governmental vehicles, taxis and buses are all running as usual, but traffic is moving noticeably faster. I’ve been watching the plates, and drivers really are obeying the regulations. Furthermore, the Chinese have suspended tourism and visas for anyone not attending the Olympics, which is improving traffic even more. There are noticeably fewer tour groups, taxis, rental cars and minibuses. At the same time, a new subway line and the light rail to the airport opened, and more people are taking mass transit.

But guess what? Beijing’s air pollution doesn’t appear to have changed. In fact, visibility outside my window the last few days has been worse than it was in the week before the car regulations came into place.

This should come as no surprise. Beijing’s air pollution varies a great deal from day to day. The fact that it seems worse is probably due to unfortunate weather conditions-high temperature and humidity, and low winds that would otherwise dissipate the smog.

Contrary to popular perception both inside and outside China, Beijing’s air pollution problem is not primarily due to increases in personal vehicle use. Granted, there have been dozens of press reports about the surging numbers of vehicles that Beijingers are buying. These reports are true, but also misleading. In contrast to the experience in the U.S., Beijing’s boom in vehicle ownership has not yet invaded its surrounding areas. It is mainly China’s wealthiest cities that are participating in the car boom; smaller cities and towns have seen more modest growth in vehicle ownership.

The real causes of Beijing’s air quality woes lie elsewhere. An article last year suggested the key component to Beijing’s ozone problem (the stuff that makes your eyes itch, causes shortness of breath and reduces visibility) is actually volatile organic compounds (VOCs) from small factories in neighboring Hebei province. A sniff test suggests that there are plenty of these factories operating in and around Beijing. Many are small (and possibly illegal), and they operate only at night to avoid the scrutiny of environmental inspectors. So the Beijing government has several problems: first, it must locate these hidden factories. Then they must shut them down—and convince neighboring provinces to do the same.

Beijing’s other major problem is particulates, which come from several sources. One is construction: Beijing is still rushing to complete non-Olympic buildings before the big day. Another is coal-fired power plants and factory boilers. China’s largest coal-mining province, Shanxi, is directly up wind of Beijing. Shanxi ships much coal to other provinces, but it also has mine-mouth power plants and coking plants that contribute to regional pollution.

A final source is trucks. As with the VOCs from small factories, emissions from heavy vehicles are worst during the night, since trucks are banned from the city during the day. Studies have shown that Beijing’s pollution levels are highest in the early morning. This would not be the case if most of the pollution came from passenger cars, which operate mainly during the day. But it is good evidence that the chief sources of pollution are the VOC-producing factories and trucks operating at night.

The international focus on Beijing’s car problem, when the true problem lies more with industrial emissions, suggests we often apply lessons from one place a little too readily to another. China’s air pollution problem—like its greenhouse gas emissions—is primarily connected to industry. There is no question that smart transportation planning would help China avoid vehicle-caused smog and global warming in the future. But for the here and now, the real challenges are in industry, and the real efforts need to be in strengthening local enforcement of existing pollution and energy efficiency standards and with developing new multipollutant standards that address issues like VOCs.

No comments were found for Beijing`s air pollution: it isn`t the cars. Be the first to comment!