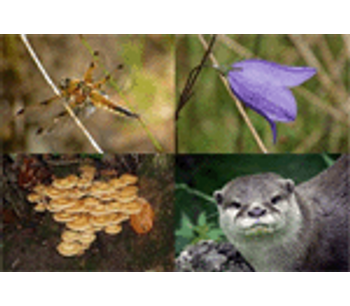 Biodiversity - a bigger threat than climate change - Does anyone care?

The analysis, undertaken as part of the UN report on the Economics of Ecosystems and Biodiversity for business to be released in summer, shows few of the world's largest companies are currently communicating about biodiversity risks or opportunities with mainstream investors. This is despite the estimated US$2 - US$4.5 trillion annual economic cost of biodiversity loss and ecosystem degradation.

Only 18 companies made any mention of biodiversity or ecosystems in their full annual report, of these six have measures in place to reduce their impacts, and only two identified it as a strategic issue.

In sectors identified with a high dependency or impact, including food producers and primary industrial sectors, 89 companies producing sustainability reports with 23% disclosing some detail on biodiversity and nine identifying it as a key sustainability issue.

Jon Williams, partner, sustainability and climate change, PricewaterhouseCoopers LLP said: 'Environmental destruction is not in most cases as a result of headline-grabbing man made disasters, but the steady erosion of biodiversity as a cost of economic development. But these costs to the productive capacity of the economy are not valued and not felt by any one company, so it's easy to see why at this stage, the threat is less visible to business leaders.

'Corporates need to start thinking about ecosystems as an extension of their asset base, part of their plant and machinery, and appreciating the value they deliver. Ecosystem protection, or the impact of ecosystem loss, needs to be factored into investment appraisal and capital allocation decision making.'

Analysing the business risks by sector, PwC found that risks related to declining biodiversity and loss of ecosystem services are already impacting business. Primary industries such as extractives, forestry, farming and fishing are affected most broadly but no sector escapes untouched.

Reduced productivity, scarcity or increased cost of resources, disruption of operations, reputation and financing risks, litigation, changing consumer and purchaser requirements were just some of the risks identified by the firm as affecting industries including mining, farming, utilities, FMCG, healthcare, financial services and technology companies.

Despite this, when asked to rate levels of concern about a range of threats to their business growth prospects only 27% of 1100 global CEOs said they were concerned or extremely concerned about the impact of biodiversity loss in a recent PwC survey.

Hidden within the headline figures, are stark regional variations. African and Latin American CEOs are three times more concerned about the threat to business from the loss of biodiversity than UK and North American business leaders. 44% of CEOs feel that governments need to take a stronger role in protecting biodiversity and ecosystems with only a quarter feeling their current policies are sufficient.

Existing loss of biodiversity and degradation of ecosystems has already had dramatic consequences for business. The 2007 collapse of bee colonies was calculated to have cost US producers US$15bn, and soil erosion in Europe is estimated to cost EUR53 per hectare per annum. Annual economic losses caused by introduced agricultural pests in the US, UK, Australian, South Africa, India and Brazil exceed US US$100bn.

However business opportunities have emerged from biodiversity and ecosystem services protection including the global market for certified organic food which exceeds USUS$30bn. Valuable new biodiversity related asset classes have also emerged; in the USA for example, wetland banking credits range in value from USUS$7k - 850k per hectare and have attracted substantial entrepreneurial investment.

Malcolm Preston, partner, sustainability and climate change, PricewaterhouseCoopers LLP said: 'Business needs to begin to draw the dots between natural resources, their supply chain, consumer demand and the future value of their business. Like the impact of the recession, there is simply no sector that will be immune to biodiversity and ecosystem loss. The level of financial, reputational and business risk it poses is of a scale that would not be ignored in any other area of business and the economy.'

2010 is widely seen as a make or break year for biodiversity preservation, with the United Nations marking 2010 as the 'International Year of Biodiversity', the planned release of the 'The Economics of Ecosystems and Biodiversity' in the summer, and the 10th Conference of the Parties to the Convention on Biological Diversity in Nagoya towards the end of the year.

No comments were found for Biodiversity - a bigger threat than climate change - Does anyone care?. Be the first to comment!