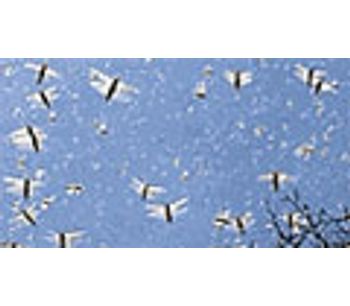 Source: Food and Agriculture Organization of the United Nations (FAO)

“Biodiversity is vital for human survival and livelihoods; we need to conserve it for future generations. At the same time, the unacceptable scale of hunger and rural poverty in our small planet calls for urgent remedial action,” FAO Deputy Director-General James G. Butler has said. He was addressing the opening session of the thirteenth meeting of the Subsidiary Body on Scientific, Technical and Technological Advice of the Convention on Biological Diversity (18-22 February 2008).

Ultimately, at the global level, this event – which involves FAO, the Convention on Biological Diversity and their partners – is aimed at meeting the challenges of sustainable agricultural production to ensure food security for all peoples, “especially the rural poor – often the managers and custodians of our biodiversity,” as Mr. Butler put it.

“Mainstreaming biodiversity into the food and agriculture, livestock fisheries and forestry sectors will be critical to provide humankind with opportunities for increasing food availability and stability while maintaining a healthy natural capital for future generations,” Mr. Butler said.

More than 40 percent of the land's surface is used for agriculture, placing a large responsibility on farmers to protect biodiversity. “Well managed production systems will supply a better balance of ecosystem services from agriculture; meeting society’s demands for improving livelihoods as well as the environment,” according to FAO’s Deputy Director-General.

Mr. Butler also said that “understanding the positive linkages – often forgotten or underestimated – between the production sectors and biodiversity is essential towards achieving universal right to food and sustainable development.”

“The conservation and sustainable management of our natural capital are critical elements towards the attainment of international development and environmental objectives such as Target 2010 and the Millennium Development Goals,” he added.

Mr. Butler stressed the need to foster international cooperation with regard to emerging new complex challenges for food and agriculture, such as climate change. In this respect, FAO looks forward for the participation of the Convention on Biological Diversity at the High Level Conference on World Food Security and the Challenges of Climate Change and Bioenergy, to be held at the UN agency's Rome headquarters from 3-5 June 2008.

A series of initiatives have been launched by FAO in preparation for the June conference with a special effort to assist countries vulnerable to climate change to enhance their capacities to confront the negative impacts of climate variability and change on agriculture. This is done in consultation with members of the secretariat and subsidiary bodies of the Framework Convention on Climate Change (UNFCCC), the Intergovernmental Panel on Climate Change (IPCC), and other organizations.

A number of side events on biodiversity and climate change are scheduled during the thirteenth meeting of the Subsidiary Body on Scientific and Technological Advice of the Convention on Biological Diversity.

The recommendations of the Rome gathering will be presented to the ninth meeting of the Conference of the Parties to the Convention on Biological Diversity which meets in Bonn, Germany, from 19 to 30 May 2008.

No comments were found for Biodiversity vital for human survival and livelihoods says FAO Deputy Director-General. Be the first to comment!