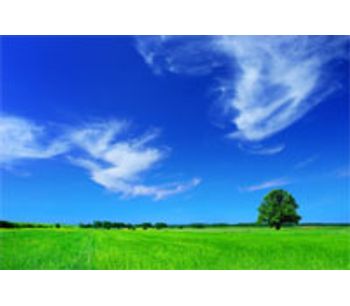 The U.S. Environmental Protection Agency (EPA) and the U.S. Justice Department announced today that BP Products North America Inc. has agreed to pay a $15 million penalty to resolve federal Clean Air Act violations at its Texas City, Texas petroleum refinery. The penalty is both the largest ever assessed for civil violations of the Clean Air Act’s chemical accident prevention regulations, also known as the risk management program regulations, and the largest civil penalty recovered for Clean Air Act violations at an individual facility.

“BP’s actions at the Texas City refinery have had terrible consequences for the people who work there and for those in nearby communities,” said Cynthia Giles, assistant administrator for EPA’s Office of Enforcement and Compliance Assurance. “Today's settlement, in conjunction with other actions already taken by EPA and other federal agencies at Texas City, demonstrates the agency's continuing commitment to actively and vigorously working to hold BP accountable and to make them comply with our nation’s environmental protection laws wherever the company operates.”

“The Clean Air Act is intended to prevent not only accidents like the fatal March 2005 accident, it also penalizes accidents like these three that result from poor practices and cause air pollution,” said Ignacia S. Moreno, Assistant Attorney General for the Justice Department’s Environment and Natural Resources Division. “This settlement emphasizes the serious nature of the fires and releases of hazardous air pollutants that occurred at BP’s Texas City Refinery and puts industry on notice that the Department of Justice and the EPA will aggressively pursue those who fail to comply with the laws that protect our environment.”

The settlement, which is subject to court approval, addresses violations stemming from two fires that occurred at the refinery on March 30, 2004 and July 28, 2005, and a leak that occurred on August 10, 2005. During the three incidents, each of which resulted in the surrounding Texas City community to shelter-in-place, thousands of pounds of flammable and toxic air pollutants were released. The settlement also resolves allegations that BP failed to identify all regulated hazardous air pollutants used at the refinery in plans submitted to EPA.

EPA identified the Clean Air Act violations addressed in today’s settlement during a series of inspections of the Texas City refinery initiated after a catastrophic explosion and fire on March 23, 2005 that killed 15 people and injured more than 170 others. In addition to the Clean Air Act General Duty Clause and risk management program violations resolved by today’s settlement, EPA also identified violations of other Clean Air Act requirements at the refinery relating to the control of benzene, ozone-depleting substances, and asbestos. Exposure to benzene can significantly harm human health and exposure to asbestos, a known human carcinogen, can cause two types of cancer: lung cancer and mesothelioma. These other violations were resolved in a February 2009 settlement that required BP to spend more than $161 million on pollution controls, enhanced maintenance and monitoring, and improved internal management practices at the refinery, as well as pay a $12 million civil penalty and perform a $6 million on a supplemental project to reduce air pollution in Texas City and the surrounding area.

With today’s settlement, the federal government will have recovered approximately $137 million in criminal, civil, and administrative fines related to process safety violations at the Texas City refinery. In addition, BP Products has performed approximately $1.4 billion in corrective actions and the company will spend an estimated additional $500 million, to improve safety at the refinery as required by settlements entered into with the Occupational Safety and Health Administration (OSHA) and the criminal Clean Air Act plea agreement following the fatal March 23, 2005 explosion.

The Clean Air Act General Duty Clause and risk management program regulations contain a comprehensive set of requirements to prevent accidental releases of hazardous air pollutants, an important objective of the Clean Air Act. These regulations require owners and operators of facilities, such as petroleum refineries, to, among other things, perform adequate and timely equipment inspections and repairs, train employees involved in the operation and maintenance of equipment, evaluate the consequences of changes to operating practices and equipment, and ensure that operating procedures contain clear and comprehensive instructions.

BP’s Texas City refinery is the third largest in the United States, with a production capacity of more than 460,000 barrels of oil per day.

The proposed settlement was lodged today in the United States District Court for the Southern District of Texas. The settlement is subject to a 30-day public comment period and final court approval.

More information on the settlement: http://www.epa.gov/compliance/resources/cases/civil/rcra/bptexas.html

No comments were found for BP products agrees to pay largest single-facility clean air act penalty for releases of Hazardous pollutants at Texas City refinery. Be the first to comment!