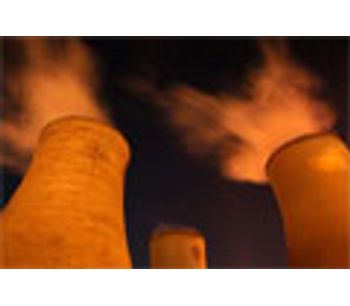 BP Products North America Inc. has agreed to spend more than US$161 million on pollution controls, enhanced maintenance and monitoring, and improved internal management practices to resolve Clean Air Act violations at its Texas City, Texas refinery, the U.S. Environmental Protection Agency (EPA) and the U.S. Justice Department announced today.  The company will also pay a $12 million civil penalty and spend $6 million on a supplemental project to reduce air pollution in Texas City. Today’s settlement addresses the company’s noncompliance with a 2001 consent decree and Clean Air Act regulations requiring strict controls on benzene and benzene-containing wastes generated during petroleum refining operations. The company is required to upgrade control equipment and processes used to handle these materials and conduct in-depth audits to ensure compliance and minimize the amount of benzene-containing wastes generated at the refinery.  It is estimated that these actions will reduce emissions of benzene and other volatile organic compounds by approximately 6,000 pounds annually.

“BP failed to fulfill its obligations under the law, putting air quality and public health at risk,” said Catherine R. McCabe, acting assistant administrator for EPA’s Office of Enforcement and Compliance Assurance.  “Today’s settlement will improve air quality for the people living in and around Texas City, many of whom come from minority and low-income backgrounds.”

“The Department of Justice and the EPA will aggressively pursue those who fail to comply with the laws that protect our environment, and we will hold them accountable,” said John C. Cruden, Acting Assistant Attorney General for the Justice Department’s Environment and Natural Resources Division.  “This new agreement requires stringent new measures to protect air quality and public health in Texas beyond those originally required at the Texas City Refinery.”

EPA identified the violations addressed in today’s settlement during a series of inspections of the Texas City refinery initiated after a catastrophic explosion and fire in March 2005 that killed 15 people and injured more than 170 others.  In October 2007, the company pleaded guilty to a felony violation of the Clean Air Act and agreed to pay a $50 million fine for violations related to the explosion, the largest criminal fine ever assessed against a corporation for Clean Air Act violations.  The plea is still under review by the U.S. District Court for the Southern District of Texas, and today’s settlement does not address any claims arising from the March 2005 explosion.

The settlement requires that BP address violations of Clean Air Act requirements limiting emissions of stratospheric ozone-depleting hydrochlorofluorocarbons (HCFCs) from leaking cooling appliances.  BP will eliminate approximately 51,000 pounds of HCFCs by retrofitting industrial and commercial cooling appliances at Texas City to use non-ozone-depleting refrigerants.  The company has also agreed to improve its oversight and management of asbestos-containing wastes generated during routine renovation and demolition activities at the Texas City Refinery.

As part of the settlement, the company will spend an additional $6 million to reduce air pollution from diesel vehicle emissions in Texas City and the surrounding area. BP will convert approximately 100 diesel municipal vehicles, including several dozen school buses, to operate on compressed or liquefied natural gas and will construct four refueling stations for the converted vehicles.  As a result, emissions of particulate matter, nitrogen oxides, and hydrocarbons from these vehicles will be substantially reduced.

Exposure to benzene, a hazardous air pollutant, is known to cause a number of acute and chronic health effects, including cancer, nerve and immunity impairment, and adverse reproductive and developmental effects, among others.

HCFCs and other ozone-depleting substances, when released into the environment, destroy the earth’s protective stratospheric ozone layer.

Exposure to asbestos, a known human carcinogen, can cause asbestosis and two types of cancer: lung cancer and mesothelioma.

BP Products North America, headquartered in Warrenville, Ill., operates petroleum refineries in California., Indiana, Ohio, Texas and Washington.  The Texas City refinery, the third largest in the nation, has a production capacity of more than 460,000 barrels per day

The proposed settlement, lodged today in the U.S. District Court for the Northern District of Indiana, is subject to a 30-day public comment period and final court approval.  A copy of the proposed consent decree is available on the Justice Department Web site at www.usdoj.gov/enrd/Consent_Decrees.html

More information on the settlement:

No comments were found for BP Products to pay nearly US$180m to settle clean air violations at Texas City Refinery. Be the first to comment!