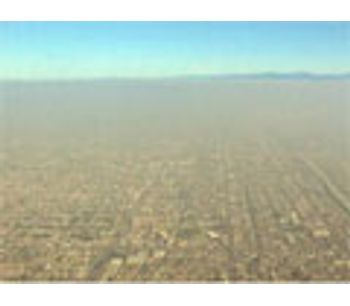 Exposures of less than 24 hours to current levels of ground-level ozone in many areas are likely to contribute to premature deaths, finds a new US National Research Council report. Ozone, a key component of smog, can cause respiratory problems and other health effects. In addition, evidence of a relationship between exposures of less than 24 hours and mortality has been mounting, but interpretations of the evidence have differed, prompting the U.S. Environmental Protection Agency, EPA, to request the Research Council report.

The committee that wrote the report was not asked to consider how evidence has been used by the EPA to set ozone standards, including the new public health standard set by the agency last month.

But the evidence is strong enough that the EPA should include ozone-related mortality in health-benefit analyses related to future ozone standards, says the committee, which is chaired by John C. Bailar III, professor emeritus, Department of Health Studies at the University of Chicago.

In addition to scientists specializing in environment, public health, and statistics and from across the United States, the committee includes scientists from Canada and Spain.

Based on a review of recent research, the committee found that deaths related to ozone exposure are more likely among people with pre-existing diseases and other factors that could increase their susceptibility. But, the committee said, premature deaths are not limited to people who are already within a few days of dying.

The EPA asked the committee to analyze the ozone-mortality link and assess methods for assigning a monetary value to lives saved for the health-benefits assessments.

Like other federal agencies, the EPA is required to carry out a cost-benefit analysis on mitigation actions that cost more than $100 million per year.

The EPA recently used the results of population studies to estimate the number of premature deaths that would be avoided by expected ozone reductions for different policy choices, and then assigned a monetary value to the avoided deaths by using the value of a statistical life, VSL.

The monetary value of the improved health outcome, or VSL, is based on the value the group places on receiving the health benefit; it is not the value selected by policymakers or experts.

The EPA applies the VSL to all lives saved regardless of the age or health status, so a person who is 80 years old in poor health is estimated to have the same value of a statistical life as a healthy two-year-old.

To determine if an approach that accounts for differences in remaining life expectancy could be supported scientifically, the EPA asked the committee to examine the value of extending life.

For example, EPA could calculate VSL to estimate the value of remaining life, so a two-year-old would have a higher VSL than an 80-year-old.

By contrast, if the condition causing the shortened life expectancy could be improved and an acceptable quality of life can be preserved or restored, people may put a high value on extending life, even if they have other health impairments or are elderly.

The committee concluded that EPA should not adjust the value of a statistical life because current evidence is not sufficient to determine how the value might change according to differences in remaining life expectancy and health status.

However, the committee did not reject the idea that such adjustments may be appropriate in the future.

'Even in many areas EPA currently considers safe, the science clearly shows that the air is too often dangerous to breathe, particularly for those with lung disease,' said American Lung Association Chair Terri Weaver last May when releasing the association's annual ranking of air pollution in U.S. cities.

'The good news is that there's less ozone everywhere. Yet, we remain concerned because the science shows that millions are still at risk from ozone that exceeds acceptable levels,' Dr. Weaver said.

'Breathing ozone smog threatens serious health risks, including new evidence that links it to premature death,' she said. 'We're calling on EPA to set new standards for ozone at levels that would protect public health as the Clean Air Act requires.'

As people have individual susceptibilities to ozone exposure, not everyone may experience an altered risk of death if ozone air concentration changes, the committee said in today's report.

Further research should explore how personal thresholds may vary and the extent to which they depend on a person's frailty, the committee said.

The research on short-term exposure does not account for all ozone-related mortality, and the estimated risk of death may be greater than if based solely on these studies, the committee noted.

To better understand all the possible connections between ozone and mortality, future research should address whether exposure for more than 24 hours and long-term exposure - weeks to years - are associated with mortality, including how ozone exposure could impact life expectancy.

The EPA was advised to monitor ozone during the winter months when it is low and in communities with warmer and cooler winters to better understand seasonal and regional differences in risk.

The committee said further research also could look at how other pollutants, such as airborne particulate matter, may affect ozone and mortality risk.

No comments were found for Brief smog exposure linked to premature death. Be the first to comment!