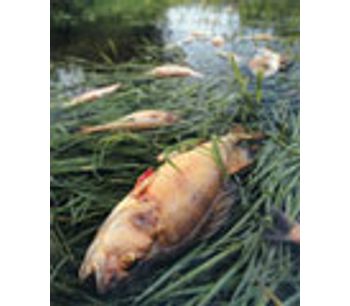 Thames Water was ordered to pay more than GBP 40,000 after admitting destroying the ecology of a high-quality stream and lake after a burst pipe churned raw sewage out onto National Trust land. Thousands of fish, including notable species of brook lamprey, brown trout, bullhead, and native crayfish were left dead as the sewage caused oxygen levels to plummet and ammonia to rocket in the Penwood Stream, at Woolton Hill, Hampshire. The National Trust were forced to close the woodland site for four weeks while the clean-up was underway. The untreated sewage turned a popular lake at The Chase orange, it stank of sewage and was a safety concern for the National Trust.

Thames Water pleaded had pleaded guilty at Newbury Magistrates’ Court on the 11 February to polluting the Penwood Stream and the lake at The Chase between 15 and 24 July 2006, contrary to section 85(1) of the Water Resources Act 1991. The case was committed to Reading Crown Court, where the company was sentenced yesterday (Tuesday 6 May).  A second offence of polluting the Penwood Stream between 17 and 20 February 2007 was taken into consideration by the court.

The court heard that a 35-year-old sewage pipeline from Thames Water’s Blinds Mans Gate pumping station burst, allowing the untreated sewage to flow through into the Penwood Stream. It took six days for the Environment Agency, using aerators on site, to bring the oxygen in the water back to that fish could live in – but the damage had already been done.

The impact of the incident was heightened by the drought as low river levels, and low flows, prevented the sewage from being diluted while high temperatures helped the breakdown of the sewage and removed vital oxygen from the affected waters.

Environment Officer Alison Love said: “When I first arrived at the Penwood Stream I was struck by the smell of raw sewage. The water had turned a cloudy orange colour and the stream bed was covered in slimy sewage fungus; thousands of fish, including some important and rare species, where dead or in distress, gasping at the surface of the water.

“The National Trust and the public are rightly proud of the quality of Woolton Hill, Penwood Stream and The Chase, and sadly this incident destroyed the ecology in moments.

“A company of Thames Water’s size and environmental commitment should have had safeguards in place to prevent this sort of incident, which was environmentally devastating, from happening.”

In February 2007 Environment Agency officers were called out after Thames Water reported the same pipe had burst again, just 15 metres from the previous incident. Fortunately the pumping station was closed down quickly, meaning that less sewage was released into the environment. However, the woodland near the pumping station was heavily contaminated.

Aerators were again deployed the aerators to increase the levels of oxygen in the water, while Thames Water sent tankers to clear up the site.

Alison Love continued: “Thames Water took their clean-up responsibilities seriously, but to have two major pollution incidents in such a vulnerable and sensitive environment is unacceptable.”

No comments were found for British company fined for polluting National Trust beauty spot. Be the first to comment!