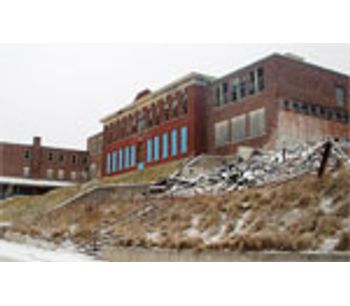 The U.S. Conference of Mayors (USCM) today released a national report on the status of Brownfield sites in 150 American cities. Brownfields are abandoned or underutilized properties where expansion or redevelopment is complicated by either real or perceived environmental contamination. As a result, Brownfields present a major challenge for both small and large cities - primarily due to the lack of funding necessary to redevelop and/or recycle these lands.

This report is the eighth in a series of reports that documents the impediments to brownfields redevelopment faced by local communities throughout the United States, as well as identifies the opportunities lost when properties remain idle and abandoned. It also quantifies some of the benefits from brownfields redevelopment efforts across the country, with cities specifically citing their positive results from land recycling and the return of brownfields to productive uses.

'The redevelopment of Brownfield's is a key component to a sustainable community. Cities across the nation have learned to do more with less, but these difficult economic times have made new developments on brownfields even more challenging' said Long Beach Mayor Bob Foster, Chair of the Conference's Environmental Committee.

'Congress and EPA's Brownfields Program has provided tools, but Mayors need additional assistance with the redevelopment of these properties that will create new jobs and preserve city green space.'

Cities also estimated that Brownfield properties comprised of 60,417 acres of land, representing potential new jobs and land tax revenue. More then 120 cities estimated that 3,035 sites have been 'mothballed,' which is defined as sites where the current owner has no intention of redeveloping or selling due to environmental concerns. At mothballed sites, owners would prefer to have the land remain idle and unused rather than turn these sites over for development.

Elizabeth (NJ) Mayor J. Christian Bollwage, Co-Chair of the Conference's Brownfield's Task Force, commented on the benefits of brownfields development. 'Cities who were experiencing a redevelopment renaissance and residential boom are now facing economic decline and an increase in foreclosed properties.'

There is still a renewed interest in developing city centers where residents can move closer to their jobs and reduce commuting costs. Brownfield properties are still a value in redevelopment, with an increase in green technology and the reduction of energy costs, cities are finding it easier to redevelop and remediate properties then start from scratch.

'I believe the program will benefit cities with jobs on land that is already close to the cities core. This is the only way to truly grow in a sustainable manner. To use previously used land and put it back into positive use,' said Mayor Bollwage.

Other highlights of the survey findings include:

'Brownfield's provide a wonderful tool for urban and city center redevelopment. In today's economy the search for additional resources is imperative and through Brownfield redevelopment additional jobs and a growth in the tax base are two benefits cities can strive for. Communities are reborn and the environment is restored, in many cases, preserving precious green and open space.' She concluded.

The entire brownfields report will be posted on the Conference's website at www.usmayors.org.

No comments were found for Brownfields - Americas largest untapped Urban resource. Be the first to comment!