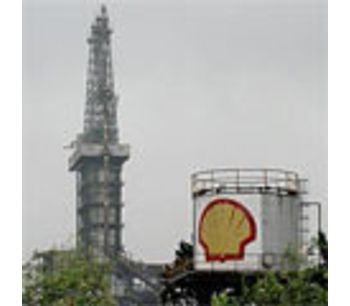 Following a scathing government audit of the Argentine affiliate of Royal Dutch Shell and a globally unprecedented preventive closure of its refinery in Buenos Aires, local groups Wednesday filed a formal international complaint against the company seeking relocation and redress. The complaint cites Shell Capsa 'for the flagrant and officially documented violation' of the Guidelines for Multinational Enterprises issued by the Organization for Economic Cooperation and Development, OECD.

The complaint calls for immediate action by the company to redress the social and environmental harms caused to the community and to the local environment by the refinery at the Polo Petroquímico Dock Sud during decades of abuse and irresponsible corporate behavior.

Representing the residents of Villa Inflamable, the local nongovernmental organizations Foco Inpade and Friends of the Earth Argentina presented parallel complaints to the governments of Argentina and the Netherlands against Shell Capsa, Shell's Argentine affiliate.

The Shell Capsa facility occupies a total of 106 hectares in the Matanza Riachuelo Basin and is the only refinery in South America belonging to the Shell Group.

It is located four kilometers from the center of Buenos Aires, in the suburban locality of Avellaneda, where the inhabitants are described in the complaints as suffering from 'extreme socio-economic vulnerability' which hás evolved over time and in parallel to the petroleum refinery industry, largely dominated by Shell.

The complaints denounce Shell for a long list of national, provincial, municipal and international law violations that are not only claimed by the community against the company, but that have been confirmed in an audit carried out in August and September 2007 after accidents that occured at the facility on August 2, 2007, generating hazardous waste.

The National Environmental Authority of Argentina then ordered a preventive closure of the facility for failure to comply with nataional environmental laws.

The environmental and social violations found at Shell's facilities in Argentina include failing to provide Environmental Impact Assessments and withholding information about impacts and accidents from the local community and to public authorities.

The violations include extracting 18 million liters of water per hour from the local Riachuelo River with no permit to do so.

The complaints allege that Shell Capsa is maintaining undeclared and dangerous high pressure petroleum containers, that there are visible petrol leaks on the premises as well as illegal and dangerous manipulation and storage of toxic waste, and many other violations cited in the audit.

The complaints state, 'various studies have determined that this area has a high grade of contamination by substances such as lead and chromium found in bodies of water above ground, in subterranean water as well as in the soil. The atmospheric contamination covering all the industrial zones, such as Dock Sud, is alarming.'

The complaints quote from an August 2006 article published online by Indymedia that states, 'It is common knowledge that the residents of Villa Inflamable ... suffer from epidermal, ocular, pulmonary, neurological, and other diseases, as a result of the presence of toxic metals, carcinogenic dioxins and other dangerous wastes that fill the trash; they live in precarious conditions, and in many cases extreme. The fragile and unstable connections of drinking water come from far away and cross the contaminated canals… The houses are sinking and the water poisons all that it touches … Near the banks of warehouses for oil storage there runs a 132,000 volt electrical installation. Hundreds of combustible fuel storage tanks are tremendously deteriorated and the gas containers are found less than a convenient distance away, which means that a chain explosion would provoke an expansive wave of more than three kilometers … The roads exhibit enormous holes, five meters in diameter, where trucks carry fuel, compromised gas, toxic waste, etc…'

Residents say these are the sorts of irresponsible activity typical of Shell in Argentina since its founding in 1931. But no one, until now, has ever done anything about it.

Shell initially denied the findings by the Argentine National Environmental Authority, but later, following the preventive closure and the multimillion dollar losses accrued each day from the company's inability to maintain the production line, capitulated, and signed an agreement to correct the violations and invest some US$80 million to improve its sub-standard environmental management.

Now the community wants immediate action to repair damage, including relocation of the refinery to an environmentally safe site. The complaints seek investment by the company in medication, medical attention, studies, and other health necessities.

They want investment by the company in the cost of relocating the residents of the neighborhood to 'decent and clean homes that are free of contamination.'

They also seek investment of the company in the environmental cleanup of the area, including the cleaning of the banks of streams and rivers, as well as areas nearby bodies of water of the neighborhood.

Finally, the complaints seek 'creation of a permanent communication mechanism with the community' that permits Shell Capsa to redress community impacts the company has had on health, the environment and homes in the neighborhood.

The complaints highlight the fact that SHELL is under scrutiny all over the world, including in places like the Philippines, Ireland, Russia, the UK, the Netherlands and the United States. They call on both governments, Argentina and the Netherlands, to engage Shell to work out a solution to the systemic and historic violations faced by Shell's neighbors.

No comments were found for Buenos Aires citizens seek cleanup of refinery. Be the first to comment!