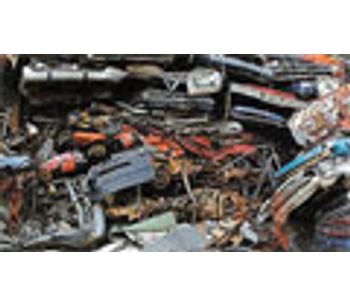 More vehicles will be produced in the next 25 years than in the entire history of the motor industry - posing a major worldwide recycling challenge, according to a study from the UK-based DRIVENet network for the design for dismantling, reuse and recycling of road vehicles.  Research shows the number of vehicles on the world’s roads is likely to increase 65% to 1.48 billion by 2030, with each vehicle accounting for an average of 1.85 tonnes of waste in its lifetime.

According to researchers at Oxford Brookes University (OBU) in the UK, 3.65 billion tonnes of vehicle scrap will be generated worldwide between now and 2030.

This dramatic increase is attributed to a number of factors such as world population growth, affordability, the desire for replacement vehicles in the developed world, and increasing demand in the growing economies of China, India, Russia, Eastern Europe and the rest of the developing world.

Currently, around 75% of a vehicle is recycled - mainly the metal content. The other 25% including plastics, rubber, glass, fabrics and other materials are generally sent to landfill.

OBU’s Professor Allan Hutchinson says: ‘Our report shows that the recycling challenge is not a concern for the distant future … it is with us now, and will become even greater with every year that passes.’

According to DRIVENet, this is the first study of its kind to: quantify past and future levels of waste generated by the motor industry worldwide; and focus on the total amount of waste produced by a vehicle over its whole lifetime - from manufacture and routine servicing through to end of life.

No comments were found for Car industry faces urgent recycling challenge. Be the first to comment!