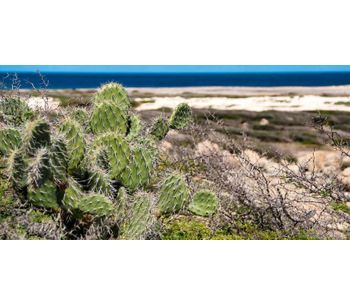 Water management strategies like desalination and water reuse can be harnessed to produce potable water --
The Barbados-based Caribbean Institute for Meteorology and Hydrology (CIMH) has warned that, due in part to a weak El Niño, drought conditions will likely continue in many Caribbean nations through July and into September. The ABC islands of Aruba, Bonaire, and Curacao — along with Belize and the Lesser Antilles — are expected to bear the brunt of the continuing drought. Although increasing precipitation is expected, this year’s wet season is not expected to be as wet as most.

The drought started with an April dry spell that escalated by the beginning of June into drought conditions. The drought so far has severely affected northern Belize, the eastern end of Cuba, the northern Leeward Islands, coastal French Guiana, and western parts of Trinidad. Lengthier drought conditions are feared in Barbados, southern Belize, the south of the Dominican Republic, French Guiana, southwestern Haiti, Martinique, and Trinidad. But hopes are high for enough rain to erase the drought from October through the end of the year. Unfortunately, the wet spells may be extreme enough to cause flooding.

Is the Caribbean Becoming a Desert?
The current projections only encompass the rest of 2019, but long-term concerns are arising over drought-associated land degradation and climate change in the Caribbean. These concerns were brought to the foreground by the United Nations Convention to Combat Desertification (UNCCD) on June 17, the World Day to Combat Desertification and Drought (WDCDD).

UNCCD is now promoting land restoration as a way to prevent desertification and irregular migration. Others pointed to the importance of agricultural practices. For instance, Grenada’s Minister of Agriculture and Lands Yolande Bain-Horsford warned:

[Island nations] must face the harsh reality of the challenges facing the [agricultural] sector, which include land degradation, lack of sustainable farming practices, climatic variations, and droughts.
Desertification has globally been leaving populations in many areas no choice but to leave their homelands, in most cases never to return. UNCCD head Ibrahim Thiaw asked:

What is left for the young girl or young gentleman of Haiti if 98 percent of their forest have been degraded and they have barren hills that cannot generate food anymore? What is left for them to do but to flee?
New Water Treatment Technologies
Some small island developing states (SIDS) rely on rainwater collection, which leaves no fallback during times of drought. Two major strategies, desalination and water reuse, can provide a steadier water supply even in the face of adverse weather changes.

Desalination by distillation came into use in the Caribbean in the late 1920s, and since the 1970s, seawater reverse osmosis (SWRO) plants began to supersede the older plants.

Today, desalination is even more appropriate because of new, Smart Packaged technology, which allows decentralized treatment at the point of use, avoiding the expense of extensive piping, which can be impractical due to rugged island terrain.

In some parts of the Caribbean, 85% of wastewater is piped directly into the ocean untreated, producing harmful algal blooms, killing coral reefs, and harming the all-important tourism industry. Adoption of decentralized wastewater treatment could produce a supply of “purple pipe” water for nonpotable use, protecting precious supplies of potable water. In particular, Fluence’s Smart Packaged Aspiral™ MABR-based plants produce a very high-quality effluent for agricultural irrigation. The low-odor, low-noise plants are suited to use in tourist areas.

MABR technology has very low energy requirements, making it ideal for off-grid operation on alternative energy sources such as the sun, wind, or waves, all plentiful commodities in the Caribbean.

No comments were found for Drought Hits the Caribbean. Be the first to comment!