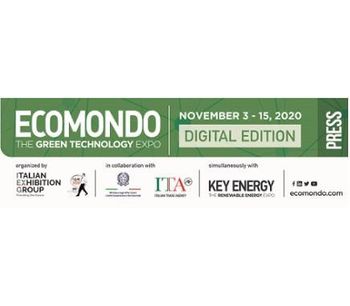 Sustainable Circular Growth For Our Seas

The initiatives for promoting sustainable circular blue economy, in particular in the Mediterranean Basin, are in great turmoil. From the transformation of the invasive Atlantic macro algae into edible film for the freezing of salmon to the recovery and recycling of ghost nets for the production of long cordage typically used for mussel farming, from the reduction of the corrosion of off-shore platforms and heat exchangers to new generation thermoplastics to increase wind turbines’ life cycle. And for the recovery and re-use of plastic litter deposited on the seabed, a mobile pyrolysis plant that transforms it into fuel, fed by collection by local fishermen. The appointment not to be missed is in 2030, and the tight schedule is that imposed by the Green Deal to make Europe’s economy sustainable, favouring an inclusive green and blue transition, powered by research and innovation, able to set a new balance between nature and population. A transition in which Italy can confirm its key leading international role, as was hoped by Enrico Granara, outlining the balance of his recently concluded mandate as MAECI’s plenipotentiary minister for the Mediterranean Sea during the beacon conference “Healthy and circular Blue Growth in the Italian seas: examples of circularity in the maritime value chains” held on the second day of the Ecomondo Digital Edition and promoted by the Expo’s Technical Scientific Committee along with Cluster BIG, Bluemed CSA, and Federpesca.

THE STATES GENERAL OF THE GREEN ECONOMY: THE INTERNATIONAL AGENDA HEADING FOR SUSTAINABILITY

The new European targets established by the Green Deal and addressing the aims of climate neutrality  are a decisive spur towards great changes in all the manufacturing and production chains. This is what emerges from the International plenary session: Governments and green companies in the new global scenario, the second appointment of the States General of the Green Economy and the Sustainable Development Foundation held on the occasion of Ecomondo Digital Edition 2020. An event of international importance on the Green Deal, discussion on two arguments that involved both the representatives of global governments, to gather reports and opinions on the green agenda outside national borders, and the opinions of the most advanced points of the national productive sectors on the Italian roadmap leading towards sustainability.

The session, moderated by Raimondo Orsini, Director of the Sustainable Development Foundation, opened proceedings with a speech by Riccardo Fraccaro, Undersecretary of the Presidency for the Council of Ministers, who emphasized the importance of the adoption of a single clear strategy supported by on-going public investment to invert the paradigm in the evolution of the manufacturing system. The international agenda featured contributions from Sun Chengyong - Ministry Councillor at the Embassy of the Peoples Republic of China, who highlighted China’s steps towards the Carbon Free 2060 target, Sigrid Kaag – Minister of Foreign Trade and Development Cooperation of the Netherlands Government, and Jeffrey Sachs - Director, Center for Sustainable Development, Columbia University, who indicated Europe as the world’s driving force of the green economy. These were followed by speeches on the national front by Simona Bonafè, who emphasized the commitment of the Environment and Health Commission of the European Parliament for the revision of the targets and the adoption of legislative action on issues of sustainability, and by Roberto Luongo, Director of ITA Italian Trade Agency, who pointed out how it was necessary to create a national system to increase the appeal of Italian industry in internationalization processes.

No comments were found for Ecomondo Digital Edition Daily News. Be the first to comment!