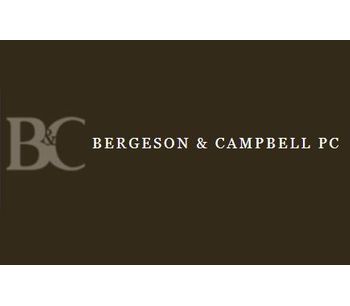 On October 7, 2020, the U.S. Environmental Protection Agency (EPA) announced that it is requesting comments on its draft guidance that would allow registrants, in certain circumstances, to forgo testing chemicals on animal skin to determine whether a pesticide would lead to adverse effects.  This new draft guidance is part of EPA’s continued efforts to reduce animal testing and achieve its goal of eliminating all EPA requests for studies and EPA funding of studies on mammals by 2035.

In developing the guidance, EPA states that it conducted a retrospective analysis of rat acute oral and acute dermal LD50 studies for 249 active ingredients across numerous chemical classes and toxicity categories.  Fumigants and rodenticides were excluded from this analysis, based on their physical state and/or anticipated exposures to them.  EPA concluded that for 67 percent of the 249 technical chemicals, the results of both oral and dermal acute toxicity studies fall within the same Toxicity Category.  For 32 percent of the chemicals, the oral study falls within a lower (i.e., more protective) Toxicity Category; thus, for 99 percent of the chemicals in the analysis, if the dermal study had not been available and labeling had been based only on the Toxicity Category for the oral acute toxicity study, the labeling requirements would have been equally or more protective.  For the two remaining chemicals (less than 1 percent), factors other than the dermal acute toxicity may influence labeling requirements.  EPA concluded that its requirements for such acute dermal toxicity studies provide little to no added value in regulatory decision making.  EPA states that this guidance, when finalized, is expected to reduce the number of test animals used annually by approximately 750, as well as save EPA, industry, and laboratory resources.

EPA states that it believes the retrospective analysis fully supports the conclusion that waivers may be granted for acute dermal toxicity studies for pesticide technical chemicals, except for fumigants and rodenticides.  Waivers may be accepted for fumigants and rodenticides on a case-by-case basis with appropriate scientific rationale.  Once the guidance is issued in final form, EPA states that applicants who wish to pursue waivers for these studies would submit formal waiver requests as part of the registration application through existing processes and cite the guidance as support for the requests.  EPA maintains the ability to request acute dermal toxicity data on a case-by-case basis, but states that it anticipates granting the waiver in most cases.

EPA also announced the launch of its new webpage that provides metrics and strategies for reducing and replacing animal testing, including links and resources to all pertinent guidance and work plans tied to the larger Toxicology in the 21st Century Initiative across the federal government.  The directive, issued by EPA Administrator Andrew Wheeler in September 2019, calls for EPA to reduce animal testing and to reduce funding 30 percent by 2025 and eliminate it by 2035.  EPA states that its actions to date to support these efforts include:

EPA will host its Second Annual Conference on the State of the Science on Development and Use of NAMs for Chemical Safety Testing virtually on October 19 and 20, 2020.  Additional information on EPA’s efforts to reduce animal testing is available here.

No comments were found for EPA Announces Guidance to Waive Toxicity Tests on Animal Skin. Be the first to comment!