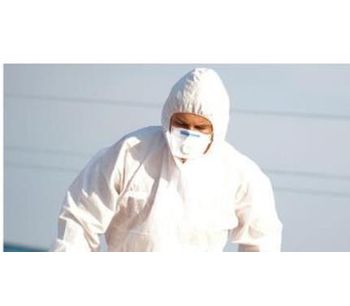 The British Occupational Hygiene Society (BOHS), the Chartered Society for Worker Health Protection and the UK’s leading scientific society on workplace health exposures, has written to MPs to urge them to take immediate action to prevent avoidable deaths and illness by exposure to respirable crystalline silica. This is the dust created by cutting stone and stone-based substances, including artificial stone, which is widely used for kitchen worktops, and by other processes, such as distressing jeans. An estimated 2.2 million workers could be at risk of aggressive respiratory diseases, including silicosis, cancer, and the risk of tuberculosis, in the construction industry alone.

It is believed 500 UK construction workers die each year just from silicosis, a disease listed by the London School of Hygiene and Tropical Medicine as also increasing vulnerability for those infected by COVID-19. Silica is linked to the estimated 4,000 deaths a year from COPD and it is believed 75,000 cases of COPD could easily be prevented if action was taken.

Six months ago, the All-Party Parliamentary Group on respiratory health published a report “Silica – the next asbestos,” highlighting the immediate and continuing threat to British workers of poor health protection in the workplace. BOHS contributed to the Report and is now seeking action to follow up on recommendations by the Parliamentary Group.

“The Report highlighted a problem that has been known about for many years. It’s a hundred years since the Hawk’s Nest Disaster in the States where hundreds, if not thousands, died from silica inhalation in building just one tunnel,” said Kelvin Williams, President of the Society. “Every year, millions of pounds are spent on treatment and sickness benefits, because people have been exposed to silica dust. Much of this is entirely preventable. Prevention is undoubtedly cheaper, easier and better than trying to cure these illnesses.”

With a shortage and ramped up costs for Respiratory Protection Equipment (RPE) and pressures to cut costs and an over-stretched HSE, the Society fears the problem is about to get much worse. Heavy discounting on artificial stone surfaces and the difficulty in finding affordable breathing protection because of COVID-19 may mean new kitchens can come at a very heavy cost to the people installing them.

Action is more urgent now and can save countless lives as research over the summer, published in the clinical journal, CHEST, confirms that once exposed, the damage is done. Further scientific findings, published in the European Respiratory Journal in July, went on to show a direct link between COPD, to an increased likelihood of pneumonia and COVID-19 deaths.

The Parliamentary Group recommended making silicosis a reportable illness for employers under the Reporting of Injuries, Diseases, and Dangerous Occurrences Regulations (2013) for those who are still at work and exposed, and called on Government to similarly amend the Health Protection (Notification) Regulations 2010 to make silicosis notifiable through the soon-to-be defunct, Public Health England,

In their letter to MPs, the Society has urged member of the Parliamentary group to follow the example of their counterparts in the Australian legislature, who have prompted the government by putting forward legislation in their own right.

“Brexit is likely to dominate the Parliamentary agenda, but this is literally life and death,” said Kevin Bampton, the Chief Executive of BOHS and a former of Public Law. “Parliamentarians have recognized the urgency of this issue; we are now asking them to follow through on this. Action now can prevent COVID-19 deaths, but also long-term illness and disability.”

Other experts have gone even further in demanding that silica-creating industrial processes should be banned altogether. In a special editorial in the journal, CHEST, academics declare, “In this new millennium, fashionably stressed denim jeans and colorful countertops are not worth the price paid by these workers.”

The Society also urges DIYers to make sure they use effective and properly fitting breathing protection. As more and more people use angle grinders and cut stone tiles themselves, but do not always wear proper breathing protection that can filter out the tiny particles of silica that cause the real harm. The ubiquitous COVID-19 face mask just will not cut it. The Society point out that while It may save a few pounds in not buying the right protective equipment, it could potentially cost your health and even your life.

No comments were found for Exposure to Respirable Crystalline Silica. Be the first to comment!