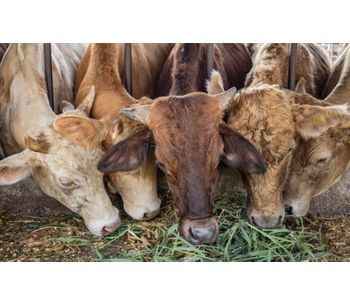 Runoff from livestock manure can introduce dangerous nitrates into groundwater

A new Environmental Working Group (EWG) investigative report has found a combination of manure and chemical fertilizer may be overloading cropland runoff with nitrogen, phosphorus, or both in the vast majority of Minnesota farming counties.

Minnesota has seen its livestock and crop farming grow and intensify in general, but large, concentrated animal feeding operations (CAFOs), commonly known as feedlots, are of particular concern in regard to the state’s rapidly declining water quality. In the past three decades, the number of feedlots in Minnesota has tripled, to 23,000, producing 50 million tons of manure. In the meantime, the sale of chemical fertilizers has increased by 33%, and they are being used on almost 1.5 million acres of new cornfields.

The combined nutrient load from manure and fertilizer spells trouble for both the environment and human health. While normal levels of nutrients containing nitrogen and phosphorus can safely promote plant growth, elevated levels of nutrients like nitrate, which contains nitrogen, can cause low birth weight, birth defects, and illness in babies. In adults they are linked to thyroid dysfunction, elevated heart rate, headaches, abdominal cramping, and nausea, as well as bladder, thyroid, and kidney cancer. Moreover, nutrients are known to cause toxic algal blooms that kill aquatic life and sicken humans. Both manure and commercial fertilizer contain nitrate and phosphorus.

Although medium- and large-scale feedlots comprise only a quarter of animal feeding operations in the state, they generate nearly three-quarters of Minnesota’s manure. It’s good agricultural fertilizer, but it’s expensive to move, which is why it is mostly used near the feedlots where it is generated.

The EWG investigation confirmed that areas near feedlots are indeed saturated with nutrients even when manure is used in the absence of commercial fertilizer. The southeast of the state, home to most of the state’s animal operations, has the state’s most severe groundwater nitrate problem: In 69 of 72 of the state’s agricultural counties, nitrogen load from manure and fertilizers exceeds the recommendations of the Minnesota Pollution Control Agency (MPCA) and the University of Minnesota.

But fertilizer sales are still booming in areas with many feedlots, suggesting the fields may be getting double the nutrients actually needed. Nutrients that can’t be absorbed run off into surface water, where they cause algal blooms, and percolate into groundwater, often the source of drinking water.

The quality of more than half of Minnesota’s surface water — 56% — is now below basic standards. Non-point source pollution, such agricultural runoff, accounts for 85% of Minnesota’s water contamination, according to the MPCA.

The MPCA is already revising permits for feedlots to establish best practices that limit potential nitrate leaching and runoff. These include planting cover crops, using nitrification inhibitors, only applying manure at soil temperatures below 50 degrees, and banning solid manure application from February through March.

Besides fertilizer, another beneficial use of manure is in waste-to-energy systems that can treat it with anaerobic digestion to create valuable biogas, which contains about 70% methane. In many cases, facilities can power their operations with energy to spare. Another benefit is that anaerobic digestion sharply reduces the amount of sludge that must be disposed of.

No comments were found for Feedlot Wastewater Could Threaten Minnesota Drinking Water. Be the first to comment!