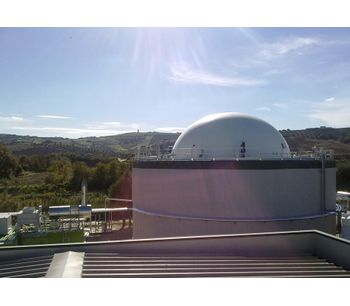 Fluence Corporation, one of the leading companies in water, effluent and reuse treatment technology, will develop the effluent treatment plant of Frigorífico Gorina, which in turn will generate the largest biogas reactor in South America, from the processing of 7,000 daily m3.

Fluence will design and supply equipment and supervision of the assembly of the group's first complete treatment plant in Argentina. The investment, valued at nearly $ 5 million, will be completed in December 2021. The relevance of this plant, beyond the investment itself, also consists in setting a new standard for the meat and food industry in general, not only at the technological, social and environmental level, but also at the economic sustainability level of the project.

The effluents generated by the meat processing industry contain an organic load that is precisely what allows generating a large amount of biogas in efficient plants. In this regard, Michele Ceccaroni Sales Engineer of Fluence, stated: “We celebrate this paradigm shift in an industry as significant for Argentina and the region as meat processing plants. The treatment plants, previously seen only as an expense, generate significant savings not only for the company, but also for the environment and society. The possibility of building compact plants that process high loads with high efficiency of removal of organic and nitrogen loads pays off this type of investment.”

The new Gorina plant will treat 5,000 m3/d of effluent and will be designed for future expansion up to 7,000 m3/day. The anaerobic reactor will process up to 200 m3 of waste daily (floated sludge, biological sludge and by-products of meat processing) and will generate 14,000 Nm3/day of biogas. A 1.5 MW cogeneration unit will be fed with biogas produced by the reactor.

Among other benefits, this innovation, which was endorsed by the RenovAr program, will allow the production of renewable energy by injecting electricity into the national electricity grid (36 MWh/day, reducing the consumption of energy emitted by greenhouse gases), meeting capsizes limits with a highly efficient process and protect water sources for human consumption that are currently in short supply. The biogas plant will produce electricity continuously and independently of the climate.

In this way, a new milestone is marked in the history of the meat processing and livestock industry in the region. At the end of 2017, ArreBeef meat processor had already taken an important step by becoming the first plant to invest in industrial-grade anaerobic technology, also with the company Fluence. This year, Gorina meat processor went one step further, becoming the first to transform its complete treatment plant - aerobic and anaerobic - to adapt it to the international state of the art, redoubling its commitment to biogas and cogeneration of electricity and thermal energies.