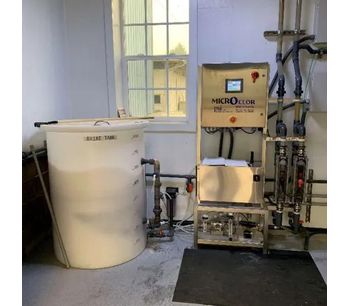 In 2015, the Calif. utility installed an on-site bleach generator to reduce its drinking water treatment costs and maintain its resiliency.

A small town of about 8,000 inhabitants, Fort Bragg’s utility departments often make decisions that consider reliability and resilience due to their remote location. In 2013, the water utility decided to upgrade their secondary chlorination and dosing system.

Staff recognized that their distance from main logistics routes meant that not only would trucked-in commercial strength sodium hypochlorite (bleach) be expensive, but potentially difficult to obtain in an emergency. Like water utilities everywhere, Fort Bragg placed a priority on being able to treat water in any situation. 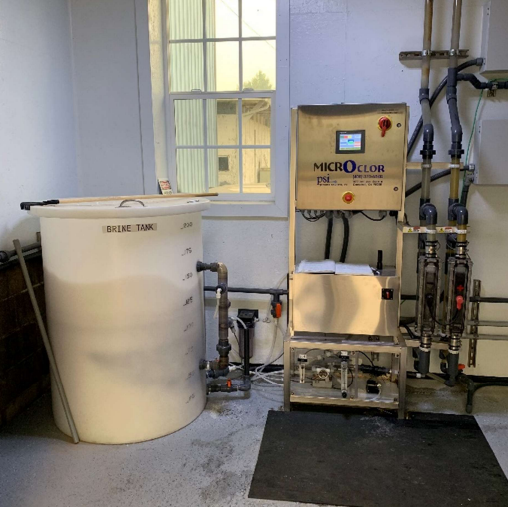 A view of the installed OSHG system.

On site, OSHG utilizes an electrolytic process to convert a salt brine solution (table salt – sodium chloride) into a low-concentration sodium hypochlorite solution (0.8% or 8,000 ppm). This meant that the utility would only have to ensure that it had a supply or storage of sodium chloride (table salt) and electricity to generate bleach for water disinfection.

Staff evaluated OSHG systems on the market and decided that the Microclor® OSHG system with its built-in redundancy and safe vertical cell design provided the best combination of value, safety and operator “friendliness”. The 40 pound-per-day (PPD) of chlorine equivalent system included two vertical 20 PPD cells that could be run independently, producing half of the design capacity in the event that one cell experienced a failure. 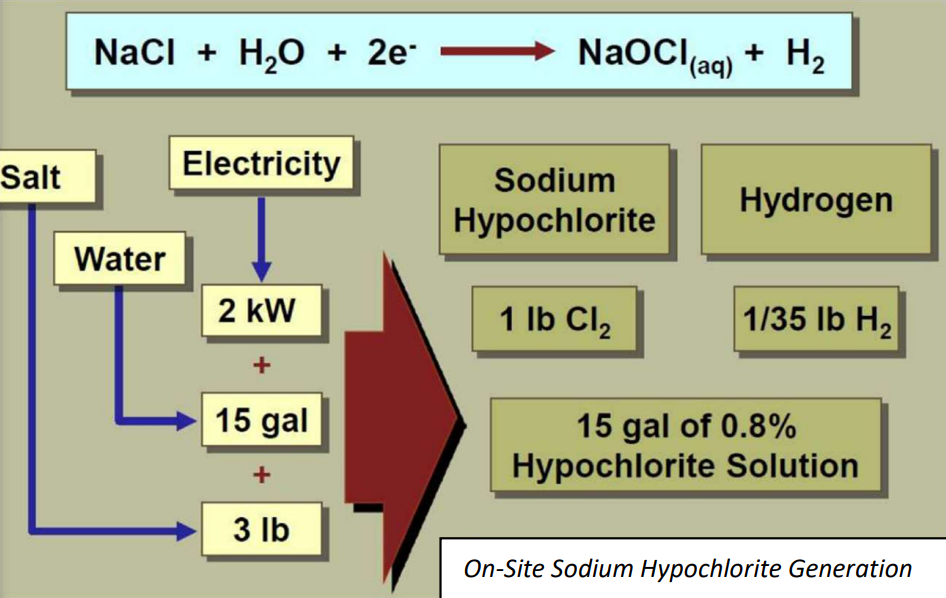 Consistent with the city’s values of independence, the staff also decided to install the system themselves. The system manufacturer, PSI Water Technologies, assisted by providing a detailed installation package with shop drawings as well as detailed layout engineering and design. PSI also included a dilution panel that would give the utility additional flexibility to dilute commercial strength bleach and feed it into the distribution system if economics or necessity ever justified that feature.

The project was completed in 2015 and has successfully met the City’s objectives of providing resilience, reliability and favorable economics.

'We are a remote municipality and have had issues in the past getting reliable deliveries of bulk hypochlorite. The reliability of the Microclor system has been excellent and has improved the resiliency of our department significantly' said Heath Daniels, Water Utility Operations Supervisor

No comments were found for Fort Bragg water utility employs Microclor on-site hypochlorite generation. Be the first to comment!