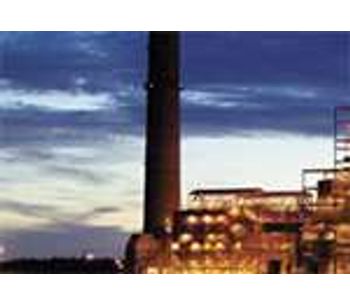 The largest of these orders was the award of a NOxOUT® Selective Non-Catalytic Reduction (SNCR) project at an industrial plant in Guangzhou City, the capital of Guangdong Province. Equipment deliveries for this project, which is designed to satisfy nitrogen oxide (NOx) emission requirements in anticipation of the upcoming Asian Games, are scheduled for the third quarter of 2010.

The Company also received an award of two ULTRA™ systems for two small coal-fired units at a district heating plant in Beijing. District heating plants generate and distribute heat to satisfy residential and commercial heating requirements such as space heating and water heating. The impact on the environment of these smaller, but numerous, district heating units and cogeneration (heat and power) boilers remains a source of continued concern in China.

Fuel Tech’s ULTRA process provides for the safe and cost-effective on-site conversion of urea to ammonia for use as a reagent in the selective catalytic reduction of NOx, eliminating the hazards associated with the transport, storage and handling of anhydrous or aqueous ammonia.

Additional orders include the following: modeling and equipment supply for a domestic NOxOUT® SNCR project; modeling and a demonstration for a domestic HERT™ High Energy Reagent Technology™ project; additional equipment for a previously announced Low NOx Burner and Over-Fire Air system for a coal-fired unit in the Midwest; a new atomizer burner testing for a utility in the Caribbean; and several domestic mapping and modeling orders.

Douglas G. Bailey, Chairman, President and Chief Executive Officer, commented, “These orders reflect diversity both in geography and in our APC project mix. The NOxOUT SNCR order from China represents our fourth NOx control order and eighth unit award in Guangzhou City. The Guangdong Province has afforded Fuel Tech NOx control opportunities since new environmental regulations were issued in preparation for the Asian Games that are scheduled to commence in November 2010, calling for the installation of systems to reduce NOx by as much as 80% by September 30, 2010.”

Mr. Bailey concluded, 'We are also pleased to receive our first ULTRA project on district heating units in China. Although long recognized as a key source of air pollution in China, it is only recently that local regulations in large cities have mandated NOx control on these small coal-fired boilers. China remains a very active market for Fuel Tech’s ULTRA technology and we are pleased to be penetrating this new market.'