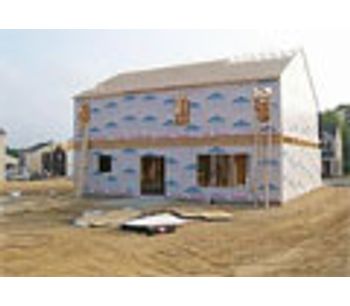 Four of the US's largest home builders have agreed to pay civil penalties totaling US$4.3 million to resolve alleged violations of the Clean Water Act, the Justice Department and US Environmental Protection Agency announced today. The four separate settlements resolve alleged violations of stormwater runoff regulations at construction sites in 34 states and the District of Columbia. The companies have agreed to implement environmental compliance programs that go beyond current regulatory requirements and put controls in place that will keep 1.2 billion pounds of sediment from polluting U.S. waterways each year.

Centex Homes, based in Dallas, Texas will pay the largest penalty, $1,485,000, although the company has been trying to build a reputation as a 'green' developer, promoting the Built Green program through its company marketing materials and providing 'green' training to its superintendents and marketing personnel.

KB Home, based in Los Angeles, will pay $1,185,000, although this company too, proclaims its green credentials - use of recycled materials, certified sustainable woods, and homes built to conserve energy.

Pulte Homes also has agreed to complete a supplemental environmental project at a minimum cost of $608,000. The project will reduce the amount of sediment going into a northern California watershed and improve the habitat for aquatic life.

'Today's settlements mark an important step forward in protecting our waters from harmful stormwater runoff from construction activities,' said Ronald Tenpas, assistant attorney general for the Justice Department’s Environment and Natural Resources Division. 'In the future, these homebuilders will implement company-wide compliance programs that will provide better and more consistent protections at their construction sites across the country.'

Along with the federal government, seven state co-plaintiffs have joined the settlements. Those states are Colorado, Maryland, Virginia, Missouri, Nevada, Tennessee and Utah. Each of the seven states will receive a portion of the penalties based on the number of sites located within that state.

Combined, the four builders accounted for more than 124,000 home closings in 2006, and are ranked nationally among the top 10 home builders in terms of home closings and revenues.

The government complaints allege a common pattern of violations that was discovered by reviewing documentation submitted by the companies and through federal and state site inspections.

The alleged violations include not obtaining permits until after construction had begun or failing to obtain the required permits at all.

At the sites that did have permits, violations included failure to prevent or minimize the discharge of pollutants, such as silt and debris, in stormwater runoff.

The settlements require the companies to develop improved pollution prevention plans for each site, increase site inspections and promptly correct any problems that are detected.

The companies must properly train construction managers and contractors, and are required to have trained staff at each construction site. They also must implement a management and internal reporting system to improve oversight of on-the-ground operations and submit annual reports to the EPA.

Improving compliance at construction sites is one of EPA's national enforcement priorities. Construction projects have a high potential for environmental harm because they disturb large areas of land and increase the potential for erosion.

Without onsite pollution controls, sediment-laden runoff from construction sites can flow directly to the nearest waterway and degrade water quality. In addition, stormwater can pick up other pollutants, including concrete washout, paint, used oil, pesticides, solvents and other debris.

Polluted runoff can harm or kill fish and wildlife and can affect drinking water quality.

The Clean Water Act requires that construction sites have controls in place to prevent pollution from being discharged with stormwater into nearby waterways. These controls include simple pollution prevention techniques such as silt fences, phased site grading, and sediment basins to prevent common construction contaminants from entering the nation’s waterways.

The consent decrees, lodged in the U.S. District Court for the Eastern District of Virginia, are subject to a 30-day public comment period and approval by the federal court.

The companies are required to pay the penalty within 30 days of the court's approval of the settlement.

No comments were found for Home Builders settle stormwater violations for US$4.3m. Be the first to comment!