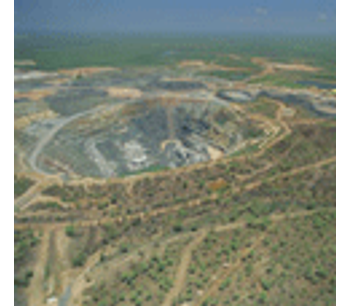 Growing demand from a much anticipated nuclear power renaissance and consequent soaring prices for nuclear fuel have recently spurred greater investment in uranium exploration in an increasing number of countries. Through several initiatives, the IAEA is facilitating the transfer of information and knowledge from states with extensive experience in uranium mining and production to 'newcomers' to the sector. The overarching aim of these initiatives is to help the uranium industry share best practices, train a new generation of experts and comply with IAEA safety standards so that people and the environment are protected.

'The IAEA has been and will continue to be very active in the future to promote the safe, responsible development of uranium resources,' says Russel Edge, an IAEA waste safety specialist.

This is crucial to the future of the industry worldwide. Promoting good practices in all phases of uranium production, for example, mitigates the environmental impact of mining and reduces future remediation costs of uranium mining sites.

'In uranium mining, prevention is better and cheaper than the cure, although it could appear to be costly at the beginning,' says the IAEA´s Jan Slezak, a uranium resource specialist.

Peter Waggitt, a consultant working for the IAEA´s Nuclear Fuel Cycle and Materials Section, explains that the global expertise in uranium mining developed until the 1970s has been diminishing ever since, and that many experts who have retired have not been replaced. For this reason, it is necessary to create a human network on uranium production and processing that brings together representatives from states and private companies, as well as from developed and developing countries.

'This way the big fish can help the small fish. The knowledge that is out there needs to be shared, so that new experts are trained,' he says.

No comments were found for IAEA promotes safe, responsible development of uranium resources. Be the first to comment!