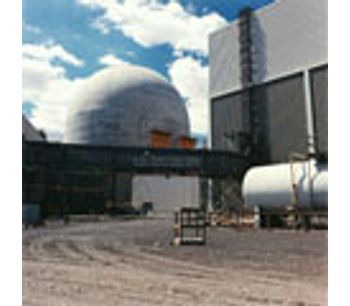 The International Atomic Energy Agency (IAEA) was set to coordinate a major exercise to test the response to a simulated accident at Mexico´s Laguna Verde nuclear power plant on the 9th July. 74 IAEA Member States and 10 international organizations join the 48-hour drill to evaluate national and international preparedness for a possible nuclear or radiological emergency.

As this will only be a 'virtual' nuclear accident, the exercise will not pose any risk to the public or the environment.

The IAEA´s Incident and Emergency Centre (IEC) and other emergency response bodies will work around the clock during the drill, as if a severe radiological emergency were actually occurring.

This exercise will provide an opportunity to identify shortcomings in the national and international emergency response systems that might hamper the response to minimize the consequences of a nuclear accident.

The IAEA coordinates such exercises through long-established Emergency Conventions, legal instruments that have set structures on how information exchange and emergency assistance is conducted in the wake of a radiological emergency or nuclear accident. The IEC receives notifications of emergencies or incidents and then alerts its Member States and relevant international organizations as necessary about their implications. It also coordinates the response to requests for assistance from the affected Member States.

Referred to as Convention Exercise (ConvEx), a ConvEx-1 tests communication; a ConvEx-2 tests response times; and a ConvEx-3 tests the full operation of the information exchange mechanism worldwide. The first of these exercises was based at the Gravelines NPP in France, in 2001, and the second at the Cernavoda NPP in Romania, in 2005.

The simulation is being coordinated by the Working Group on Coordinated International Exercises as part of the Inter-Agency Committee for Response to Nuclear Accidents (IACRNA), for which the IAEA acts as the secretariat.

No comments were found for IAEA to coordinate major exercise to test nuclear accident response. Be the first to comment!