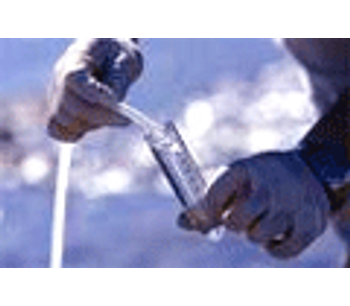 The Danube shows signs of improving water quality and still contains significant natural populations of flora and fauna which are typical for such a large river. This is according to a recent study conducted by the International Commission for the Protection of the Danube River (ICPDR), with assistance from IAEA hydrologists. The ICPDR study, called the Joint Danube River Survey 2 Report, concluded that the Danube River has less water pollution than before, but further reduction of nutrients and organic pollution is needed, and cities such as Budapest, Belgrade and Bucharest should establish waste water treatment plants.

The Joint Danube Survey 2 was conducted for six weeks between August and September 2007. The survey expedition started from Germany down to Romania, with participation and assistance from 19 laboratories, including the IAEA.

To support the expedition, experts from both the IAEA Isotope Hydrology Laboratory together with the Austrian Research Center Laboratories at Seibersdorf analyzed isotopes found in the water samples taken from various areas of the river. IAEA experts physically collected samples in both Vienna and Budapest, and they also provided an on-board radon-222 analyzer to measure radon within the water. All in all, the isotope labs analyzed water samples collected from about 130 sampling points along the Danube River and its major tributaries.

'Isotopes can help you identify which part of the basin a river water sample is from. They help you to trace the history of what happened to the water before it comes to the channel,' says IAEA isotope hydrologist Tomas Vitvar.

'If there is pollution, we can use isotopes to identify how it moves to groundwaters and rivers, so that the potential point of origin can be identified,' Vitvar added.

This was the first time the ICPDR used isotopes in one of their surveys and the first isotopes have been analyzed from the headwaters in the Black Forest of Germany to the Danube Delta in Romania and Ukraine.

The river Danube is Europe´s second longest river (after the Volga) and runs through ten countries - Germany, Austria, Slovakia, Hungary, Croatia, Serbia, Romania, Bulgaria, Moldova and Ukraine. For tens of millions of people, it is a source of livelihood and drinking water, and is a major channel for transport and tourism. The ICDPR is a transnational organization that aims to implement the Danube River Protection Convention, which is the legal instrument in protecting the river. It works to ensure the sustainable and equitable use of waters and freshwater resources in the Danube River Basin.

The main purpose of these surveys is to help countries along the Danube better control water pollution in the Danube River. With support from the private sector and organizations such as IAEA, these assessments are presented to the governments so they can take future measures to reduce pollution. These also help countries fulfill their obligations under the Danube River Protection Convention, as well as the EU Water Framework Directive, which have set goals for sustainably managing all of Europe´s surface- and groundwater.

No comments were found for Isotopes used to trace origins of water pollution in Danube River. Be the first to comment!