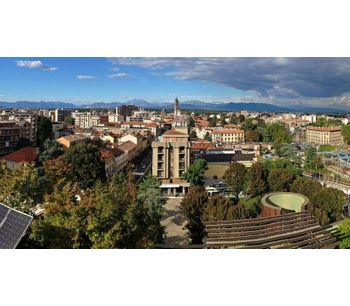 The European Investment Bank (EIB) is providing €55 million in financing to BrianzAcque to improve the efficiency of water infrastructure and wastewater management in the province of Monza and Brianza between 2022 and 2025, benefiting about 850 000 local residents in Lombardy.

This is the EIB's very first green loan to the water sector, and aims to enhance BrianzAcque's water management via a series of sustainability, climate action and environmental protection projects.

The project will enable BrianzAcque to bring its plants into line with applicable EU Directives, reinforcing 85 km of water supply networks and creating a further 16.5 km of new sewerage pipelines. It will also help to improve resilience to risks related to adverse weather conditions caused by climate change. Water sector works are expected to help create 150 new jobs during the implementation phase of the project.

The installation of new overflow tanks is planned to prevent overflows and flooding in various municipalities in Brianza. These tanks will temporarily store water in excess of the sewage disposal capacity, and have a volume equal to 60 Olympic swimming pools. The works will also be relevant for greenhouse gas reduction, and assessed in line with the Paris Agreements and the low-carbon targets of the EIB’s Climate Bank Roadmap.

EIB Vice-President Gelsomina Vigliotti said: “We are proud to be able to offer a green loan to support investments in BrianzAcque's integrated water service, improving the well-being of residents of the municipalities of Monza and Brianza as well as climate resilience. We must act to mitigate and adapt to climate change to prevent future disasters, in green ways that treat water resources with respect.”

President and CEO of BrianzAcque Enrico Boerci added: “We are happy and proud to benefit from useful funding to improve the local water service.  This new loan — which is larger than the first — confirms the trust that the EIB places in BrianzAcque's plans for the Monza and Brianza area and the company's firm commitment to sustainability.  Our public company is dynamic, strongly capitalised and committed to a growth trajectory that has led us to increase our capacity to make investments with positive returns for the community and the Brianza ecosystem via cutting-edge and often innovative works and infrastructure.  All of this is also thanks to the stability of internal governance and to the excellent relations with the member municipalities and the Ambito Territoriale Ottimale (Optimum Territorial Area — ATO) of Monza and Brianza.”

In 2017, BrianzAcque had already signed an operation with the EIB under the European Fund for Strategic Investments (EFSI). Via the current project, financed through the Small-Medium Sized Utilities Programme Loan it will be able to further implement new infrastructure aimed at improving services in Lombardy.  In addition, the project is in line with the Water Sector Lending Orientation and is suitable for sustainability awareness bonds (SAB) thanks to its considerable contribution to the control and prevention of pollution.

No comments were found for Italy: €55 million EIB green loan for BrianzAcque water resources. Be the first to comment!