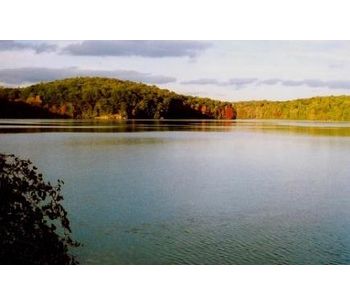 Warm summer weather, stagnant water, and sunshine are some of the common conditions that cause toxic algal blooms

These blooms are a pressing threat to the water quality of lakes and drinking water reservoirs, resulting in closures of beaches, and causing economic losses in the tourism industry. To solve these algal blooms problems, the City of Newark will use LG Sonic technology.

“Identifying new and effective ways to address the growing number of occurrences of harmful algal blooms is a public health and environmental priority for the Murphy Administration,” said Commissioner Catherine R. McCabe.

To solve existing issues and prevent future occurrences of harmful algal blooms, the New Jersey DEP awarded the City of Newark Department of Water and Sewer Utilities a grant to install eight LG Sonic MPC-Buoy systems. These systems will be implemented at Echo Lake in Passaic County that serves its Pequannock Water Treatment Plant, with the possibility to install additional units in other reservoirs.

MPC-Buoy systems monitor water quality in real-time and based on this data, they send adjusted ultrasonic frequencies that treat algal blooms. LG Sonic ultrasound fixes the algae in the water column and prevent them from absorbing sunlight that is essential for photosynthesis. The systems are proven to reduce up to 90% of algae while not affecting fish and other aquatic life.

“We have a strong track record of reducing 70-90% of algae in large water reservoirs and we are confident we will solve problems in Echo Lake and hopefully soon in other reservoirs across New Jersey. With interactive frequencies and a database containing over 20 million water quality and algae related data sets, we can select frequencies to optimise treatment to the specific algae and water conditions that are present,” said Greg Eiffert, Director of LG Sonic US.

No comments were found for New Jersey DEP funds data-driven technology to solve algae issues in Echo Lake, City of Newark. Be the first to comment!