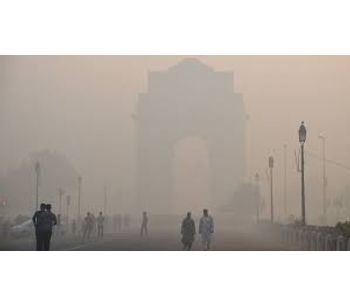 Our Future Generations Are At A High Risk of Air Pollution

Today, the world is at a greater risk of air pollution, especially in India. According to statistics, in 2019, particulate matter 2.5 cast around 1 million premature deaths across India. These reports were released by the state of global air. Therefore, we can say that kids in India are at high risk of air pollution. Therefore, we should take preventive measures to protect our future generation.

According to other reports, India is on the list of the top 50 most polluted countries in the world. Due to toxic air, most newborns are underweight. And the lack of weight has a lifelong impact on the lives of these children.

Researchers believe that there is a strong link between air pollution and the effect it has on newborn babies. The health of newborn babies is compromised even before they get out of the wombs of their mothers. As they grow up, they experience stunted growth and a lot of health issues, such as lung cancer, shortness of breath, chest pain, and asthma, just to name a few.

In India, Warrior Moms is a group of mothers that are raising awareness about air pollution in India. They are active on social media and pressurizing the governments to create laws and enforce them. What we should do is check out the ideology of anti-fragility. We know that plants can grow through timing gaps in concrete walls. Similarly, the process of healing can make you better than before regardless of your circumstances.

Although campaigns by the union government have shed some light on the root cause of pollution, the government does not seem to ask the right questions. The government is not taking the best measures to fight air pollution.

Instead of planting trees, the government is installing smoke towers. Similarly, they are introducing biodiversity parks in place of amusement parks. What the government should do is identify the source of air pollution.

Therefore, the government is not taking strong measures to curb air pollution. The future of children in India is at great risk. For example, the government is supposed to make policies against thermal power plants. Instead, they are allowing the construction of these plants near big cities.

Due to this type of a decision, around 4000 premature deaths happen in India every year. Apart from this, India sees more than one hundred thousand preterm birth, reveal the reports by Creating Resources for Empowerment in Action.

If you want to create a sustainable society, a proper understanding of these issues is of paramount importance. After all, we don't want to compromise on the future of our kids. We should all join hands against the powers that are installing power plants that are creating a lot of air pollution.

Long story short, we need to make a collective effort against air pollution. The future of our next generations depends on our efforts. Therefore, it is our responsibility to ensure that we do everything that we can do to save our environment.
A UVC air purifier can be an ideal choice when it comes to fighting indoor air pollution. You can go to OlansiChina to buy one at https://www.olansichina.com/uvc-air-purifier.html.

No comments were found for Our Future Generations Are At A High Risk of Air Pollution. Be the first to comment!