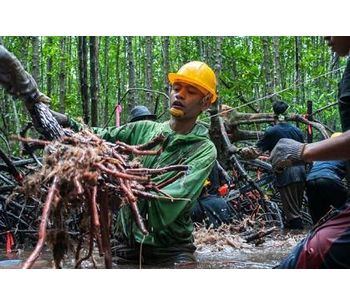 For vast tracts of forest and savannah, the heat could rise too far for plants’ carbon storage abilities to go on working

London -- Climate change could be about to slowly shut down the planet’s most vital life-support ability: the functioning of plants’ carbon storage system, which protects the Earth by absorbing the greenhouse gas before it can enter the atmosphere.

Green things driven by photosynthesis right now soak up around one-third of all the greenhouse gas emitted from vehicle exhausts and power station chimneys. But in the next two or three decades, their capacity to do this could be halved, because rapidly rising atmospheric temperatures will set a limit.

At that limiting point, the ability of forests, grasslands and even crops to capture and hold atmospheric carbon, the nourishment for all life on Earth, will start to diminish.

For one important group of plants − these include rice, soy, pulses, grasses, oaks, pines and so on − photosynthesis happens at a peak rate at 18°C. At higher temperatures, the process becomes less efficient and the plant begins to respire: that is, gulp oxygen and breathe out carbon dioxide.

For a second, smaller group − one that includes maize and sugar cane and just one group of trees − that temperature tipping point is 28°C. And researchers report in the journal Science Advances that, by 2050, temperatures will have risen in ways that will limit the efficiency of photosynthesis by around 45%.

The finding is based not just on computer simulation and theoretical models, but on direct observation. Researchers used directly measured data of sunlight, water and carbon dioxide action from 1991 to 2015 at a network of scientific instruments placed in every major ecosystem around the globe to identify these temperature tipping points.

And they warn that the mean or average temperature for the warmest three months of the year had already passed the thermal maximum for photosynthesis “some time in the last decade.”

Right now, only about a tenth of the forests and grasslands are exposed to temperatures beyond such thresholds, and then only for a short period. But greenhouse gas emissions continue to rise and global temperatures continue to soar. In time, half the planet could start to experience such temperatures.

The scientists warn that if humans go on clearing natural forests and burning fossil fuels at the present rates − climate scientists call this the “business-as-usual scenario” − then the capacity of the vegetable world to absorb atmospheric carbon could be almost halved as early as 2040.

Researchers have repeatedly warned that climate change in one way or another was likely to compromise the capacity of some natural ecosystems to go on doing what they have done for the last 10,000 years. But this study is one of the first to consider the green world as a whole.

“The Earth has a steadily growing fever and, much like the human body, we know every biological process has a range of temperatures at which it performs optimally, and ones above which function deteriorates,” said Katharyn Duffy, of Northern Arizona University, who led the study. “So, we wanted to ask, how much can plants withstand?”

The US scientists and colleagues from New Zealand give their answer to the conundrum of plants’ carbon storage with a clarity and simplicity rare in scientific papers. “The temperature tipping point of the terrestrial biosphere lies not at the end of the century or beyond, but within the next 20 to 30 years,” they warn.

“Without mitigating warming, we will cross the temperature threshold of the most productive biomes by mid-century, after which the land sink will degrade.”

And if the plant world does not adapt, the capacity of the land to absorb surplus atmospheric carbon will drop to around 50% of its present range. And, the scientists warn, the process may not be a smooth, barely-perceptible decline: disturbance in a lot of landscapes could be rapid and precipitous.

They conclude: “Failure to implement agreements that meet or exceed limits in the Paris Accord could quantitatively alter the large and persistent terrestrial carbon sink, on which we currently depend to mitigate anthropogenic emissions of CO2 and therefore global environmental change.” − Climate News Network

No comments were found for Overheated Earth can slow plants’ carbon storage. Be the first to comment!