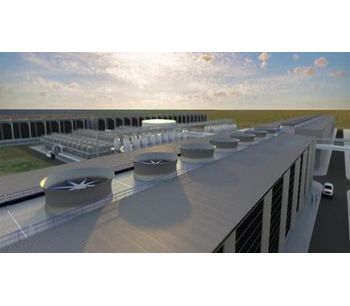 Banchory, Aberdeenshire and Squamish, British Columbia -- Pale Blue Dot Energy (PBDE), the project developer behind the Acorn Project, one of the UK’s first carbon capture and storage (CCS) projects, and Carbon Engineering (CE), a leading provider of Direct Air Capture (DAC) technology that captures carbon dioxide (CO2) out of the atmosphere, today announced they are working together to deploy commercial DAC projects in the UK. The companies signed a Memorandum of Understanding to collaborate on the development of facilities that will contribute towards the removal of millions of tonnes of CO2 from the atmosphere each year. This agreement marks the first partnership between a DAC technology company and a UK development partner and signifies the next step towards establishing a UK DAC industry that will create significant environmental and economic benefits.

One of the locations being considered by the partnership for their first UK DAC plant is in North East Scotland, close to the Acorn CCS project. The proposed DAC facility will deliver permanent carbon dioxide removal by capturing significant volumes of CO2 from the air and then safely and permanently storing it deep below the seabed in an offshore geological storage site. Pale Blue Dot Energy are currently developing the offshore Acorn CO2 Storage Site, which was awarded the first UK CO2 appraisal and storage licence by the Oil and Gas Authority. These types of greenhouse gas removal projects can help accelerate Scottish and UK efforts to reach net zero emissions by compensating for sectors of the economy that are challenging to decarbonise directly, such as aviation, shipping and agriculture. Acorn is aiming to be operational from late 2024 and the first DAC project could be operational approximately two years later.

“We are delighted to be partnering with Carbon Engineering to explore the opportunities for Direct Air Capture in the UK,” said Alan James, Managing Director at PBDE. “Whilst most businesses here have growing aspirations to decarbonise to make their contribution to meeting the UK’s Net Zero target, some face huge challenges due to the nature of their emissions, or the uncertain business environment  for their operations during the energy transition. For some, installing decarbonisation technology may simply never be commercially or logistically practical. DAC will provide a mechanism for those businesses to reduce their climate impact effectively and  allow others to remove from the atmosphere the emissions that they were responsible for in the past. A DAC industry will create jobs and export opportunities for business around the UK and is an ideal transition for some of the oil and gas supply chain.”

From a pilot facility in British Columbia, Canada, CE has been capturing CO2 from the atmosphere since 2015 and is now engineering its first large-scale commercial plant in the United States that will capture one million tonnes of atmospheric CO2 annually – equivalent to the work of 40 million trees.

“We’ve been developing and optimizing our Direct Air Capture technology for more than a decade and are thrilled to now be working with Pale Blue Dot to bring this solution to the United Kingdom,” said Steve Oldham, CE’s CEO. “Our U.S. project proves CE’s technology at large, climate-relevant scale, validates the cost, and demonstrates that DAC is a feasible, available and affordable tool that is ready for widespread adoption around the world. This partnership with Pale Blue Dot enables the deployment of DAC projects in the UK and will help establish a UK DAC industry that will deliver significant emission reductions and help address the climate challenge.”

Assessments by major organisations, such as the Intergovernmental Panel on Climate Change, are clear that in addition to significant emissions reductions, the world will need to remove billions of tonnes of existing CO2 from the atmosphere to limit global warming to 1.5 degrees Celsius. DAC offers a technological solution that can deliver large-scale quantities of permanent carbon removal with significantly less land and water use than biological solutions. DAC has the added advantage of being able to use non-arable land and non-potable water, so such facilities avoid competing for resources needed for drinking and agricultural use.

“A feasible and affordable plan to get to Net Zero by 2050 should utilize as many tools as possible and enable a transition that addresses both climate action and continued economic development,” said Steve Oldham. “DAC technology provides a vital new tool to add to our climate toolkit that can deliver climate-stabilising quantities of permanent carbon removal and help address the most difficult sources of emissions. By capturing CO2 directly out of the air around us, DAC can eliminate any CO2 emission, regardless of where and when it occurred, at a known cost, capping the cost of emission reductions globally. This flexibility will be critical as the UK, and countries around the world, seek to achieve carbon neutrality while continuing to protect and grow their economies.”

As a Canadian-based company, CE’s business model is to license its technology to local plant development partners around the world to enable the fastest possible deployment of DAC technology. Today’s announcement comes shortly after CE announced its first licensing agreement to build plants in the U.S. beginning with construction of its first commercial plant which is slated to begin in 2022. Once operational, it will be the largest DAC plant in the world, taking up only 100 acres but capturing up to one million tonnes of atmospheric CO2 annually. This first commercial plant is enabled by the effective market-based policies that exist in the U.S., such as the California Low Carbon Fuel Standard and Federal 45Q tax credit.

About Pale Blue Dot Energy:
Pale Blue Dot Energy is an independent, UK based, low carbon technology business established to take action on climate change.  With expertise in CCS, hydrogen and emergent energy systems, Pale Blue Dot focuses on developing projects that encourage clean growth and deliver a just energy transition. Pale Blue Dot is the lead developer for the Acorn Project – a CCS and Hydrogen initiative based at the St Fergus gas terminal in Aberdeenshire, Scotland (www.theacornproject.uk). More information can be found at: www.pale-blu.com.

About Carbon Engineering:
Founded in 2009, Carbon Engineering (CE) is a Canadian-based clean energy company focused on the deployment of Direct Air Capture (DAC) technology that captures carbon dioxide (CO2) directly from the atmosphere so it can be permanently stored deep underground or used to produce clean, affordable transportation fuels. From a pilot plant in Squamish, British Columbia, CE has been removing CO2 from the atmosphere since 2015 and converting it into fuels since 2017.

No comments were found for Pale Blue Dot Energy and Carbon Engineering create partnership to deploy Direct Air Capture in the UK. Be the first to comment!