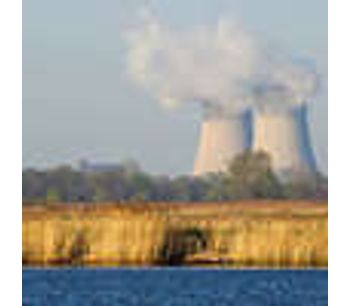 Why is the Commission proposing the Directive?

More than 50 years after the first nuclear power plant become operational (1956 Calder Hall, UK), there are still no final repositories for nuclear waste in the whole European Union. Some Member States such as Sweden, Finland and France are in the planning phase.

To minimize the risk of contamination, the EU is proposing high safety standards covering both the management of highly radioactive waste from nuclear power plants and waste generated in research, medicine and industry.

What happens with highly radioactive waste at the moment?

The majority of highly radioactive waste from nuclear power plants is put in interim storages. While these interim storages are necessary for fuel elements and high level waste to reduce temperatures and to decrease radiation levels, they are no long term solution as they need continuous maintenance and oversight by people. As they are typically close or on the surface, there is in addition a risk of accidents, including airplane crashes, fires or earth quakes.

What is the best solution?

There is a broad consensus among scientists that deep geological disposal is the most appropriate solution for the final disposal of high level nuclear waste. This consensus is based on scientific work over 30 years. In 2009, nearly 200 scientists and engineers from some 70 organizations have recommended deep underground geological repositories for highly radioactive waste in their report 'Strategic Research Agenda' (www.snetp.eu ).

Out of all technologies available today, geological disposal is the safest option. It also means passive safety. There is no need for human action, and radioactive waste can be stored forever there.

What is the EU proposing?

•Member States have to draw up national programmes within four years of the adoption of the Directive. As the adoption is expected for 2011, this means end of 2015. National programmes should include: plans for the construction and the management of final disposal facilities, laying down a concrete time table for the construction, with milestones and the description of all the activities that are needed to implement the disposal solutions, costs assessments and the financing schemes chosen.

•National programmes have to be notified. The Commission may ask Member States to modify their plans.

•Two or more Member States can agree to use a final repository in one of them. It is not allowed to export nuclear waste to countries outside the EU for final disposal.

•The public must be informed by Member States and should be able to participate in the decision making on nuclear waste management.

•Safety standards drawn up by the International Atomic Energy Agency become legally binding. This includes an independent authority which grants licences for building repositories and checks the safety analysis for each individual repository.

Do you propose how deep the geological deposit should be?

Is the EU pushing nuclear energy with this proposal?

The energy mix is a national competence. The EU respects the decision of every Member State, whether it has opted for or against nuclear policy. It is in the interest of all citizens that nuclear waste is disposed in a safe way, and people, water and the ground is protected against nuclear contamination. If an accident happens in one country, this can have devastating effects in others.

Have Member States to decide on repositories sites within four years?

No. National programmes have to be presented to the Commission at the latest four yours after adoption of the Directive (2015). Programmes should include plans for the development and the construction of repositories. This can mean that they describe that they will start analysing different sites and also state when they intend to make the decision.

Is there a deadline for repositories?

The Directive does not fix a deadline for constructing or opening repositories.

What if the public is against building a repository close to them?

The Directive says that the public must be informed by Member States and be able to participate in the decision making. In Sweden, the site searching process was handled in a very transparent manner, resulting in two municipalities - Östhammar and Oskarshamn - wanting to have the repository. Local organisations following the project received several million Euro to finance their own activities and studies. A citizens' council was established, more than 60 consultation meetings were held.

Acceptance and finally keen interest of the population in both communities was also due to the prospects for jobs and tax income.

Who has plans for repositories?

Who should finance the repositories?

In its 2006 Recommendation, the Commission asks the operator of nuclear power plants to put money aside for the financing future disposals. In some Member States there are also national funds.

When will the Directive be in force?

Member States have to transpose the Directive into national law within two years from adoption by the Council. Adoption is expected for 2011, this means 2013. National programmes have to be presented within four years of adoption. This could mean end of 2015.

Which Member States have nuclear power plants? And how many?

How much nuclear waste from reactors needs to be disposed?

7 000 cubic meters of high level waste are typically produced every year in the EU. High level waste is the part of reprocessed spent fuel from nuclear power plants which cannot be re-used and has therefore to be disposed forever.

No comments were found for Questions & Answers: Safety standards for nuclear waste disposal. Be the first to comment!