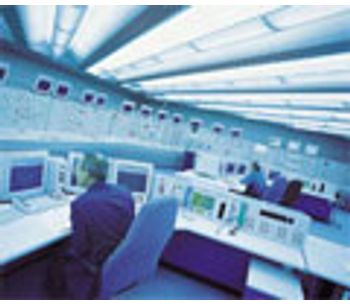 Nuclear security equipment at U.S. borders and ports is failing to reliably detect highly enriched uranium entering the country, meaning Americans are spending billions for machines that don’t reliably detect the most dangerous nuclear material, making it possible for terrorists to smuggle in the material needed to build a nuclear bomb in the United States, according to an article published in the April issue of Scientific American entitled: “Detecting Nuclear Smuggling.” (pages 98-104).

The authors, both from the Natural Resources Defense Council (NRDC) are:  Thomas B. Cochran, Ph.D., senior scientist and Wade Green Chair for Nuclear Policy; and Matthew G. McKinzie, Ph.D., senior scientist in the nuclear program. In conjunction with the publication of the article, NRDC has filed a petition with the U.S. Nuclear Regulatory Commission (NRC) to establish a date after which it would stop licensing or authorizing the export of highly enriched uranium for civil purposes.

The principal findings in the article are:

Twice since the terrorist attacks of September 11, 2001, NRDC has assisted an ABC News investigative journalist unit led by reporter Brian Ross to ship secretly a soda can-sized cylinder of depleted uranium weighing 15 pounds from foreign ports into the U.S., mimicking the routes a terrorist might use to smuggle highly enriched uranium. NRDC’s slug of depleted uranium passed undetected through the network of radiation portal monitors now operating at U.S. border crossings and ports of entry. Had the slug been lightly shielded highly enriched uranium, it would have presented an even fainter signal to the radiation portal monitors, according to the authors’ calculations. NRDC’s subsequent research on simple nuclear fission bombs showed that the risks from terrorist acquisition of highly enriched uranium are even higher than even the authors had first thought.

Based on these findings, NRDC scientists and policy experts are recommending that the federal government shift its priorities to focus foremost on the elimination of highly enriched uranium sources worldwide.  In this regard, NRDC filed today a petition for rulemaking with the Nuclear Regulatory Commission (NRC) requesting that NRC establish a date after which it would no longer license the civil use of highly enriched uranium or authorize its export.

No comments were found for Radiation monitors `cannot reliably detect` nuclear material at US borders. Be the first to comment!