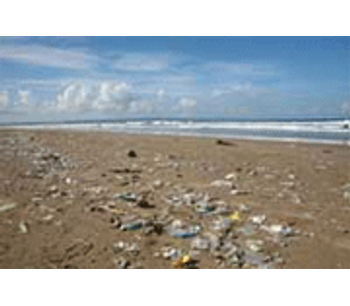 From discarded fishing gear to plastic bags to cigarette butts, a growing tide of marine litter is harming oceans and beaches worldwide, says a new report.

The report, the first-ever attempt to take stock of the marine litter situation in the 12 major regional seas around the world, was launched on World Oceans Day by the UN Environment Programme (UNEP) and Ocean Conservancy.

'Marine litter is symptomatic of a wider malaise: namely the wasteful use and persistent poor management of natural resources. The plastic bags, bottles and other debris piling up in the oceans and seas could be dramatically reduced by improved waste reduction, waste management and recycling initiatives'.

'Some of the litter, like thin film single use plastic bags which choke marine life, should be banned or phased-out rapidly everywhere-there is simply zero justification for manufacturing them anymore, anywhere. Other waste can be cut by boosting public awareness, and proposing an array of economic incentives and smart market mechanisms that tip the balance in favor of recycling, reducing or re-use rather than dumping into the sea,' he said.

The report's findings indicate that despite several international, regional and national efforts to reverse marine pollution, alarming quantities of rubbish thrown out to sea continue to endanger people's safety and health, entrap wildlife, damage nautical equipment and deface coastal areas around the world.

'This report is a reminder that carelessness and indifference is proving deadly for our oceans and its inhabitants,' says Philippe Cousteau, CEO of EarthEcho International and Ocean Conservancy board member. 'Offered here are more than mere facts and figures. The time for action is now, and true change will require taking a bold and courageous stand. There are solutions that everyone, everywhere in the world, can adopt to make a positive difference for our water planet.'

No comments were found for Report brings to the surface the growing global problem of marine litter. Be the first to comment!