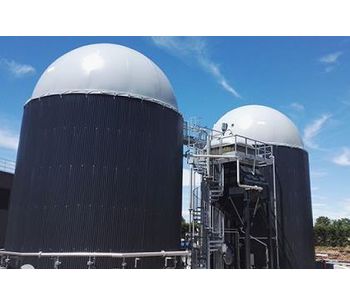 A new report, “Market states and trends in renewable and low-carbon gases in Europe,” shows that many European companies are adopting biomethane, a sustainable fuel that is produced by biogas derived from organic matter. The report was published by Gas for Climate: A Path to 2050, a group of 10 leading European gas transport companies and two renewable gas industry associations.

In the European Union (EU), biomethane adoption is fully underway. In 2011, the European Commission (EC), a branch of the EU, set a goal to fully decarbonize its economy by 2050. At the end of 2019, the EC announced its Green Deal, setting an interim goal to reduce greenhouse gas emissions by 55% (from 1990 levels) by 2030. To succeed, electricity and gas sectors will need to cooperate to hit a host of targets, from novel technology adoption to grid upgrades.

An important factor in reaching these goals is the use of alternative energy sources including biogas and biomethane, a more highly purified form of biogas. The most common way to produce biogas is a waste treatment method called anaerobic digestion (AD). In waste-to-energy AD, a feedstock such as sewage is digested in a tank outside of the presence of air, and the resulting biogas can be used as fuel. Purification of biogas, by processes including membrane separation, yields biomethane. Both products are in use as fuel in the EU, but use of biomethane is growing faster than use of biogas.

While many of the competing decarbonization strategies analyzed in the report are considered merely promising or in the early-trending stages, biomethane is considered to be fully trending, on target with 2050 goals, and it’s expected to continue growing. For instance, an astonishing 17% of road transport in the EU is already powered by biomethane, and cross-border trade in the gas is increasing. The use of waste and residue feedstock for anaerobic digestion also is increasing, a trend that’s expected to continue.

Anaerobic digestion is a robust realization of the waste-to-energy model, the resource recovery model, and the circular economy, trends that are becoming more popular among decision makers around the world.

But even in EU regions where there is not enough waste to justify large digesters, smaller plants are realizing bottom line benefits from installing anaerobic digesters.

In Italy, for example, a confectionery manufacturer turned to Fluence to add an anaerobic digestion system to its wastewater treatment to both treat its high-COD wastewater and recover energy at the same time.

Anaerobic digestion also produces other bottom line and environmental benefits. First, it can handle difficult-to-treat wastewater streams with a high nutrient load. Cleaner effluent solves disposal problems, lowering bills from local wastewater treatment utilities, and even allowing for environmental discharge. The organic digested biosolid that remains after AD is valuable to agriculture for soil amendment, and nitrogen can be recovered during anaerobic digestion to make concentrated fertilizer.

No comments were found for Report Shows Strong Biomethane Adoption in Europe. Be the first to comment!