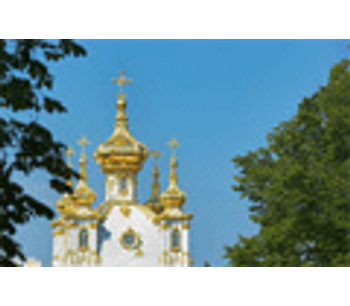 Russia`s preparedness for a nuclear accident

The IAEA has conducted a review of Russia´s preparedness to respond to a radiation emergency in the country´s northwest Murmansk province. The area is of particular concern with regards to environmental challenges posed by an aging fleet of Soviet-era nuclear submarines, stored nuclear waste, and planned decommissioning and dismantlement work. The Emergency Preparedness Review (EPREV) exercise was funded by the European Bank for Reconstruction and Development (EBRD), a bank that provides project-based financing geared to stimulate development of democracies and market economies in several States from central Europe to central Asia. The preparedness evaluation marks the first time that the Agency has worked directly in concert with EBRD, and officials of both the European bank and IAEA foresee the potential for cooperation on future projects.

'We chose to work with the Agency because it is in a position to give a frank assessment of the Murmansk region´s readiness to respond to a possible emergency,' said Vince Novak, director of EBRD´s Nuclear Safety Department. 'It was extremely important to have the IAEA´s assessment of the Murmansk region´s preparedness before we embark upon more work in the area, and we will likely work further with the Agency on other projects.'

The exercise was conducted by IAEA experts over a ten-day period in October 2007 in Murmansk and was requested by the Russian Deputy Director of the Federal Agency for Atomic Energy (ROSATOM). The IAEA issued a report to Russian authorities that detailed benchmarks for the region´s readiness to respond vis-à-vis international working standards set by the IAEA.

In addition to the recent EPREV exercise, the IAEA has been active in northwest Russia for over a decade. In 1996, the IAEA established the Contact Experts Group (CEG) to promote and coordinate the efforts of donors and organizations that provide assistance to Russia in the region. CEG is comprised of twelve Member States and four international organizations. Coordinative meetings and seminars are arranged by the CEG with the aim of facilitating and strengthening international cooperation for the safe management of radioactive waste in the region.

A Member State may request the IAEA to conduct an EPREV for a variety of reasons. States utilize an EPREV to gauge whether its capabilities are up to par with international standards, to identify areas of improvement and future training, and to assess possible areas of inefficiency regarding emergency planning and response.

The EBRD manages six funds relative to several nuclear-related projects, with a stated focus on commitment to safety. The EBRD set up the Northern Dimension Environmental Partnership Support Fund (NDEP) in 2002 to deal with the region´s environmental and nuclear waste challenges.

No comments were found for Russia`s preparedness for a nuclear accident. Be the first to comment!