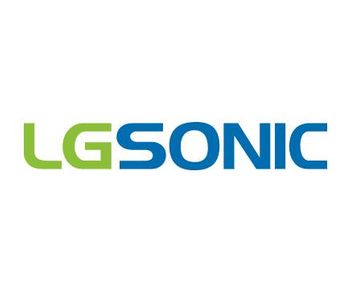 Scientists: Algal blooms release a dangerous toxin into the air

Many have heard of the harmful effects of HABs in freshwater and marine ecosystems. These blooms degrade water quality and disrupt treatment processes, and cause serious illnesses in humans and animals. Also, excessive algae threaten aquatic vegetation, zooplankton, and other aquatic organisms.

Typically, exposure to this toxin occurs from recreational aquatic activities or by drinking contaminated water. This study is the first to report on airborne ATX found outside of an aquatic ecosystem.

According to the National Institutes of Health (NIH), the study’s researchers raised their concerns about ATX, as it is neurotoxic. At acute doses, it can rapidly cause muscular twitching, loss of coordination, respiratory paralysis, and even death in humans and animals. Due to the severity of the symptoms, there is no antidote yet.

Climate change and the spread of HABs go hand in hand: as climate change and its consequences are becoming increasingly severe and visible, so do algal blooms: “ATX is one of the more dangerous cyanotoxins produced by harmful algal blooms, which are becoming more predominant in lakes and ponds worldwide due to global warming and climate change,” said lead author of the study, Dr. James Sutherland of the Nantucket Land Council, in a press release.

ATX had never been found in the atmosphere before. Still, it was suspected that under specific environmental circumstances, it could become airborne.

To test this hypothesis, air and water samples were collected during an algal bloom from Capaum Pond (surface area: 7.3 ha; maximum depth: 2.3 m) on Nantucket Island in Massachusetts, US, from July to October 2019. The pond is hypereutrophic.

To collect these samples, glass fiber filters were used. A technique called ‘liquid chromatography-tandem mass spectrometry’ was applied to recognize ATX in the samples. Researchers detected ATX in the water samples, with concentrations reaching up to 21ng/mg. They found the same toxin in the air around the pond, “at an average concentration of 0.87ng/filter, which corresponds to a potential airborne exposure of 0.16ng/m3.”

It remains unclear to the researchers how ATX is being released into the air; they speculate it could have occurred “within small water droplets, attached to aerosol particles or even inside cyanobacteria blown into the air.”

As climate change accelerates the proliferation of HABs, water managers and authorities must stay one step ahead of an algal bloom; to determine if, how, and when HABs will appear.

The most reliable solution is real-time data. In other words, continuously collecting, storing, and analyzing algae trends and water parameters in real-time. This information will allow water managers to build data-driven models, enabling them to better understand the chemistry of their water body, and the period of the year they are most likely to occur and in what quantity.

No comments were found for Scientists: Algal blooms release a dangerous toxin into the air. Be the first to comment!