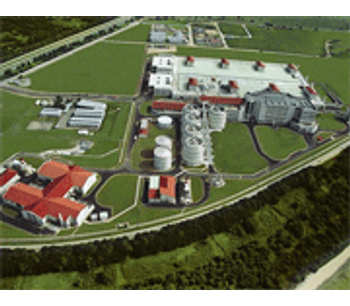 One of the world’s largest and most innovative water treatment projects is the Changi water reclamation plant, opened in June by the Public Utilities Board, Singapore's national water agency. The plant at the heart of Singapore's massive deep tunnel sewerage system is powered in large part by ABB.

Singapore's deep tunnel sewerage system won its second international award in less than 12 months when it was crowned Water Project of the Year at the Global Water Awards 2009 in Switzerland earlier this year.

ABB played a key role in the water reclamation project by providing extensive power solution packages, as well as automation products such as high-efficiency motors and medium-voltage drives that enable critical parts of the process to operate at the highest levels of energy efficiency and reliability.

Widely regarded as one of the world’s most visionary water projects, the deep tunnel sewerage system is designed to collect, treat and reclaim used water produced by the city-state for the next 100 years.

The system conveys used water from the island’s homes and industries, in the northern and eastern part of Singapore, through a 48-km-long deep tunnel sewer to the centralised water reclamation plant in Changi.

The plant treats up to 800,000 cubic meters (176 million gallons) of used water a day to international standards. The treated water is either discharged five kilometers out to sea through two deep sea pipes, or is sent to the NEWater Factory for further purification into NEWater, Singapore’s own brand of highly purified reclaimed water.

As one of the world’s leading suppliers of integrated ICE (instrumentation, control and electrical) solutions for the water and wastewater industries and with extensive engineering and project management resources in Singapore, ABB figured prominently in the project.

The huge influent pumping station which receives and screens all the used water from the tunnel before pumping it vertically through the pump shafts 50 meters to the surface is equipped with a complete electrical package of ABB products and systems.

A high-efficiency package
The package includes two substations with highly compact switchgear and transformers, ten 3.5 megawatt high-efficiency motors and water-cooled medium-voltage drives that power and control the huge pumps at exceptional levels of energy efficiency, and water instrumentation and analyzers that measure and monitor flow, pressure and other key parameters.

And at the effluent pumping station, where energy efficiency is vital, ABB high-efficiency motors and medium-voltage drives power and control the speed of huge pumps that transfer the treated effluent from the plant to the deep-sea outfall five kilometers offshore.

No comments were found for Singapore’s used-water superhighway. Be the first to comment!