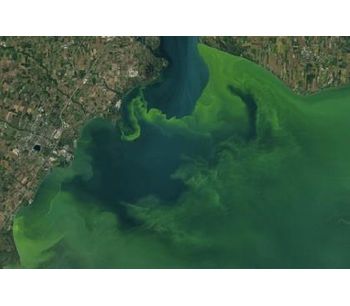 First-ever study of its kind

UNESCO’s Intergovernmental Oceanographic Commission has just released an unprecedented statistical analysis of nearly 10,000 Harmful Algal Bloom (HAB) events reported over the past 33 years. The research was conducted over seven years in 35 countries by 109 scientists. This study is the first of its kind.

The report “Perceived global increase in algal blooms is attributable to intensified monitoring and emerging bloom impacts” was published in the Nature journal – Communications Earth & Environment.

Microalgae are the foundation of aquatic food chains, helping to regulate CO2 levels in the atmosphere and producing about half of the world’s oxygen. There are over 200 species able to release dangerous toxins or cause harm simply by being abundant.

Harmful blooms are not a new phenomenon; they’ve been observed as early as the year 731.

The study found that some of the new HAB events in marine environments were triggered by increased temperatures and ocean acidification, lowered oxygenation, and changes in nutrient levels.

Climate change is, therefore, expected to bring uncertainty to seafood safety and security.

Results of the study

There was a strong correlation between harmful algal blooms over time and intensified aquaculture production in all regions with information suitable for the study.

According to the report, worldwide aquaculture production rose from 11.35 million tons in 1985 to 178.5 million tons in 2018. Southeast Asia, South America / Caribbean, and Central America are seeing the most growth.

The prevalence of harmful algae blooms, their toxicity and risks are expected to rise in the 21st century.

This was the conclusion of the 2019 intergovernmental panel on climate change assessment report for both freshwater and marine harmful blooms.

HABs appear in oceans, rivers, streams, and in freshwater resources used as drinking water supply. They can be equally damaging, and they shouldn’t be neglected.

HABs in freshwater and brackish water ecosystems cause unpleasant odors and taste, deoxygenation of bottom waters (hypoxia, anoxia), fish kills, and food web alterations. And they can also be toxic.

Algal toxins are harmful to people, animals, and other aquatic organisms. They degrade the quality of water used for drinking and recreation, and threaten local economies and the tourism business.

Even more concerning, scientists have just found the algal toxin ATX in the air for the first time.

Avoiding algae-related problems in freshwater ecosystems can be a tricky process, which requires an understanding of the water body, the algae growing in it, and why it’s there.

Only then can water managers apply the most effective means to forecast and control future problems caused by algae blooms.

No comments were found for UN Report: Algal blooms to become more severe. Be the first to comment!