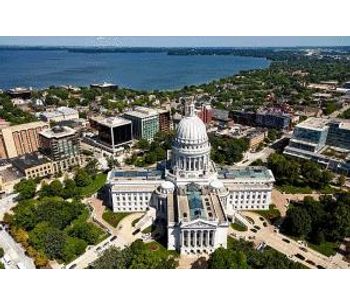 The University of Wisconsin-Madison has evaluated Madison Gas and Electric's (MGE) goal of net-zero carbon electricity by 2050, comparing it to the modeled pathways for the electricity sector in industrialized nations to limit global warming to 1.5 degrees Celsius. Relative to publicly available model results for carbon reductions through 2050, MGE's goal is in line with or more aggressive than these model benchmarks for climate solutions.

Led by Dr. Tracey Holloway in the Nelson Institute for Environmental Studies and the Department of Atmospheric and Oceanic Sciences, the study used climate modeling available through the Intergovernmental Panel on Climate Change (IPCC) in the context of the IPCC's October 2018 Special Report.

'We found that the MGE plan is right in line with the level of reductions needed to limit global warming to 1.5 degrees through this century,' Dr. Holloway said. 'Of course, actually meeting this goal would require carbon reductions well beyond one utility. If actions similar to MGE's plan were also taken around the world, and in other parts of the economy, research suggests it would be effective at keeping the planet under 1.5 degrees warming.'

To evaluate which combinations of energy and land use policies could support a 1.5 degrees Celsius scenario, research groups around the world have developed computer models to project the global temperature response to different assumptions about energy technology and other factors throughout the next 100 years. The results of these computer models were reported in the IPCC's October 2018 Special Report and shared through an online database, which provides researchers, organizations and the general public with information and options to support planning for a low-carbon future.

'Carbon dioxide in the air absorbs heat that would otherwise be released to space, in that way it acts like a blanket on the planet,' Dr. Holloway said. 'And, just like you might adjust the blankets at night to avoid getting too hot, we need to adjust CO2 emissions to keep the planet from getting too hot. The question becomes, how aggressively do we need to cut those emissions?'

Dr. Tracey Holloway used energy use scenarios in the database for the analysis of MGE operations and the company's deep decarbonization goal. The models suggested that by 2050, emissions from electricity generation in industrialized countries should be 87% to 99% lower than the 2005 baseline. MGE has announced a plan for net-zero carbon emissions by 2050, which is a 100% reduction from 2005 levels. MGE's plan reflects carbon reductions consistent with limiting global warming to 1.5 degrees Celsius to prevent the most severe impacts of climate change.

'MGE chose to partner with Dr. Holloway because she is an expert in the area of climate science,' said Jeff Keebler, MGE Chairman, President and CEO. 'We appreciate the time, effort and considerable research put forth by Dr. Holloway.'

'MGE is on the path toward deep decarbonization, pursuing globally recognized strategies to achieve an ambitious goal that is consistent with the latest climate science. And, consistent with the science, we fully expect to achieve carbon reductions of 65% by 2030. We've said since introducing our clean energy and carbon reduction goals if we can go further faster through partnerships with our customers and the evolution of new technologies, we will. Our carbon reduction goal reflects our vision and signals our direction but does not determine our pace,' said Keebler.

The UW-Madison report, Interpreting Global Energy Scenarios for Emissions Planning at the Utility Scale, is available at minds.wisconsin.edu and at mge.com.