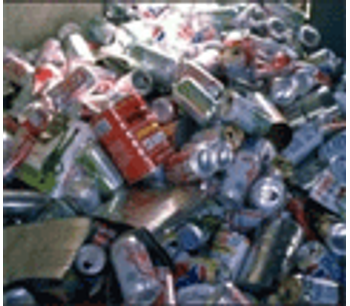 Recycling plays a critical role in maintaining the aluminum can as an environmentally sustainable package.  Every can that is recovered is turned back into a new beverage can, saving energy, reducing greenhouse gas emissions and decreasing the use of natural resources.

Raising the recycling rate of aluminum cans to 75% would:

“It is time,” said Brooks, “that we aggressively advance a multi-tiered approach and work with other stakeholders to achieve higher recycling rates.  This metal is too valuable, from both an economic and environmental point of view, not to recover.”

To achieve the recycling target, the Aluminum Association will work in partnership with other stakeholders to increase public education, grow the recycling infrastructure, and explore new policy initiatives.  The Association will encourage and assist local and state governments to consider a range of options, including:

Pat Franc, President of Arco Aluminum and past chairman of the Aluminum Association, touted the new recycling goal as being good for the environment, consumers and the aluminum industry.

“Aluminum is infinitely recyclable and the more aluminum that consumers recycle, the better it is for everyone,” said Franc. “Educating the consumer about the economic and environmental benefits of aluminum can recycling is key to getting them to recycle more.”

The U.S. aluminum industry’s recycling rate peaked at 68% in 1992, but in the following years declined to as low as 50%.  More recently the recycling rate has been gradually increasing again, growing by 2.2 percentage points in 2007.

“Alcoa announced this as a company goal and target date in January, and we're pleased that the Association is united behind the goal,' said Kevin Anton, vice president of Alcoa, President of Alcoa Materials Management and Chairman of the Aluminum Association.  “The infinitely recyclable can is synonymous with recycling.  We must work to recover the remaining 46% of cans which still could be recycled.  Joining forces as an industry to support this initiative is the first step to reaching this important goal.”

No comments were found for US aluminium industry to recycle 75% of all cans by 2015. Be the first to comment!