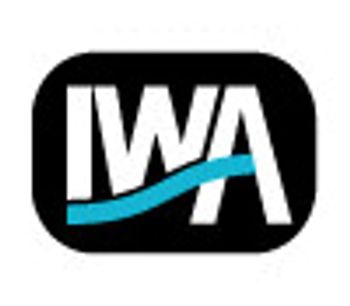 IWA World Water Congress in Vienna sets new participation precedents in mastering the challenges faced in water supply and sanitation. Widespread consensus reached on pressing issues, best practice shared on a global scale and good progress made in driving research into practice. In an era where the water industry faces unprecedented challenges due to the additional stresses to water management associated with population growth, urbanisation and the effects of climate change, water experts from all over the globe that convened in Vienna this week are mobilising on an international scale to deal with today’s problems and prepare for a tomorrow of new paradigms. In a lot of cases, the old rules simply do not apply any more, so demonstrating how to adapt swiftly to new situations and debating new solutions is more vital than ever before.

And so it was that over 4500 visitors from 94 different countries descended on the capital of Austria over 4 days for the 2008 IWA World Water Congress. The Congress covered the cross-cutting themes of Sanitation, Cities of the Future, Climate Change, Water and Energy, Water Reuse and Desalination, Frontiers of Science and Technology, as well as human resources (with a special focus on attracting more women in water and young water professionals). There were over 1000 papers presented and 30 workshops held, with 10 key note speeches from the best in the field.

IWA’s President, Dr. David Garman, summarised “I believe we have experienced a true milestone in the ongoing collaboration among water professionals, but – just as important in these times of change – have also been able to engage with key stakeholders from outside IWA and the sector with whom we must forge stronger collaboration partnerships. Hosting the Local Governments’ Day in conjunction with the World Water Congress, for example, has formed a vital connection with local government officials who are instrumental in getting people water and sanitation services. We have also struck new and significant cooperative agreements with the Stockholm International Water Institute and the Water Environmental Federation of the USA to make sure we are all pulling in the same direction.”

IWA’s Young Water Professionals programme had its most successful coming together ever – with the under 35’s represented on every level of the Association with the exception of the Council of Distinguished Water Professionals. One of the handful of CDWP members who the YWPs challenged in organised debates compared the energy and vision he experienced with a “revolutionary force”, and was thankful to have gained as much from the encounter as he hoped YWPs had from meeting the “oldies”.

A Congress delegate from the United States said: “I am glad to have brought several younger staff members of my organisation to the Congress. They had a unique chance to interact with leaders of the industry, get to know the most crucial issues and meet with a lot of potential business partners. They hold the future in their hands, and I believe that future got brighter thanks to this event”.

Another oversees visitor stated “The Congress has been very well organised and the City of Vienna is to be commended for an excellent job of making us feel welcome. The great effort made to enable us to network in simply stunning venues was evident and appreciated by all.”

The new “Development Corner” brought Congress delegates a highly interactive series of debates on how to ramp up efforts to connect billions of needy citizens in the developing world to water systems. Leading associations, the private sector, NGOs, The World Bank, UN and governmental agencies debated and showcased sanitation solutions, private-public partnerships, financial engineering, capacity building strategies and a wide range of further topics vital to the developing world. In 2009, IWA will begin hosting a global biannual Development Congress – the first venue being Mexico City – as part of an extensive programme of activities to make progress in the Developing world.

The closing ceremony of the 2008 Congress ended with an insight to the 2010 IWA World Water Congress to be held in Montreal. Surely a great challenge given the success of Vienna, but one that Peter Jones, the upcoming Congress President, promised to rise to.

No comments were found for World Water Congress closes after receiving 4500 visitors. Be the first to comment!