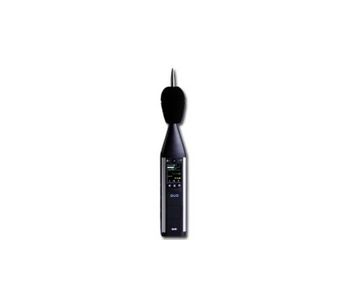 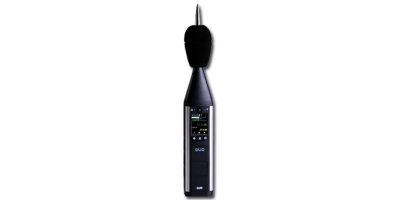 0
Share Share with Facebook Share with Tweeter Share with LinkedIn
01dB introduces DUO Smart Noise Monitor. Totally modular, DUO provides its users with the most complete offering to upgrade from sound-level meter to monitoring station without changing equipment. DUO has a metallic profile allowing fast and secure anchoring, a rubber grip for better handling, a screen that is perfectly legible in direct sunlight, high quality finish. Its incredible innovations are: the world's only waterproof microphone, weather-resistant build, integrated GPS and Wi-Fi/3G wireless connectivity, which is essential to be able to control the DUO remotely. DUO has obtained CEI-61672 Class-1 certification (for the two reference directions 0° and 90°) from Laboratoires LNE (France), PTB (Germany) and METAS (Switzerland). This demonstrates the attention given by 01dB to ensure DUO's metrological quality.

01dB injected all of its know-how into acoustic mo...

The new “Building acoustics” module of DUO has been developed to improve acousticians’ productivity when doing measurements to assess the acoustic performance of buildings. It includes many innovative features:

In addition, the dBInside PC-based software allows for an efficient processing of the measurements performed with the “Building acoustics” module of DUO:

DUO has innovative characteristics never before achieved by any producer in a single device:

Users now no longer need to choose between two systems. DUO is the right choice every time.

These certifications were obtained for both reference directions 0° and 90°.

To simplify the installation of DUO on the site, a function for the automatic detection of a calibration acoustic source allows the performance of a calibration and adjustments without the user needing to do anything more than switch the device on.

Furthermore, to ensure proper operation, an integrated measurement-chain verification system performs periodic checks. Electrical verification allows the testing of the entire measurement chain, including the microphone. It consists of injecting an alternating sinusoidal load on the microphone's terminals at the selected frequencies at one or two levels. The principle is to read reference values and check the deviation with respect to other measured values over time.

Connection can be made wirelessly either in Wi-Fi mode or using the 3G modem.

DUO includes all the indicators expected by acoustic engineers: Leq, Lp, 1/1 or 1/3 octave spectrum, Fast Slow… These indicators may be measured and stored on the basis of an integration period (IP) of 20 ms (min.) to 3600 s (max.) in 5 ms steps.

The latter 3 indicators are mainly used for the monitoring of construction sites for the detection of noisy phases.

The user can define an event, comprising a trigger that can be programmed over a maximum of 24 time periods. All settings (overall level, spectral level, rolling Leq, weather settings, etc.) instantaneously stored in the logging interval can be used to define the trigger. The event can be activated according to the days of the week and will trigger different actions: sending of a customized text message, recording of the audio signal, triggering of a parallel recording with a fine logging interval, TTL output, etc.

With this option, up to five events can be programmed, each comprising a combination of logic statements ('AND' or 'OR') for several triggers (max. five).

DUO offers the possibility of interfacing with the VAISALA WXT520 (6 sensors) and WMT52 (2 sensors) stations. 01dB has selected these 2 stations for their specificity of not having any moving parts. This avoids any risk of mechanical operating failures due for example to ice or wear. The meteorological station and DUO share a common power supply, and the station's connection cable is 10 m in length, thus allowing great installation flexibility.

With the remote interface, the user may visualise the meteorological data and wind direction in real time.

The installation of a DUO sometimes requires the use of an external microphone line. To respond to this need, 01dB offers the new DMK01 unit. It comprises:

The unit connects to DUO's preamplifier input via a cable of 3 to 50 metres in length.

No reviews were found for 01dB - Model DUO - Smart Noise Monitor. Be the first to review!