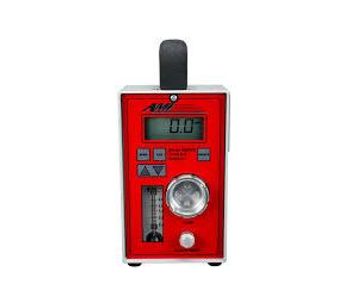 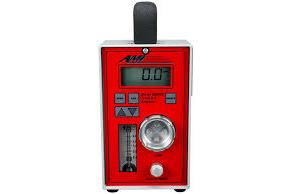 The AMI model 3000RS portable analyzer is the industry standard analyzer for spot checking and trouble-shooting trace hydrogen sulfide in gas systems. Hydrogen sulfide is a “sticky” gas – it sticks to the surface of all the tubing and sample components. The 3000RS minimizes the length of the sample plumbing by making use of the AMI patented cell block principle, modified for use with the H2S sensor.

The analyzer can be set up to monitor a sample while logging the readings so that they can be examined later, using the “datalog” capability built in. When enabled it will log the hydrogen sulfide readings every minute, as well as the temperature and battery voltage. It also tracks the calibration history and the sensor usage.

It responds primarily to hydrogen sulfide. It has minimal response to other electrochemically active gases such as carbon monoxide and hydrogen, but it should not be used if those gases are a significant percentage of the background gas.

The AMI model 3000RS is built tough with a welded steel case, and a special version of our patented cell block to provide the sample handling required. All the sample handling components are directly mounted on or in the block, with connections made via drilled passages. Built into it is a needle valve so that flow can be adjusted. As usual with AMI analyzers the sensor itself is immediately accessible behind the front panel and can be replaced simply and without needing any tools.

This analyzer is intrinsically safe and has been formally approved by CSA International to UL and CSA standards as meeting requirements for Class 1, Div. 1, Groups B,C,D with a flammable gas sample. It is battery powered with up to 350 hours of life, and it contains a data logger so that it can be left monitoring a gas system for several days in order to catch intermittent hydrogen sulfide spikes. The range over which it logs can be adjusted for best sensitivity. When completed, simply plug it into a PC through the USB port and use the AMI software to display the data.

No reviews were found for AMI - Model 3000RS - Portable Hydrogen Sulfide Analyzers. Be the first to review!