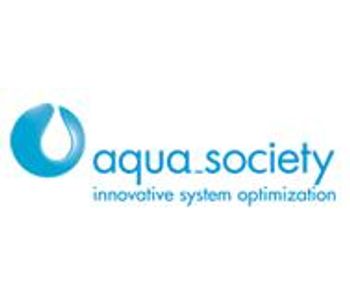 0
Share Share with Facebook Share with Tweeter Share with LinkedIn
With our AquaMission product, we are able to utilise a hitherto unused resource: drinking water produced from the air. It is important to remember in this context that the atmosphere contains 10 times more water than all the rivers of the world together and that this water is distributed across all regions.

The basic technology used for AquaMission originally came from the mining sector and utilises the humidity borne in the air to produce drinking water by means of condensation. While the systems used in mining were primarily designed for cooling the air – and simply produced condensation water as a by-product – we use the process other way round in order to produce drinking water. So here, water is the main product. The machines employed suck in large volumes of air, cool it down to dew point and collect the resulting condensation water, which is then filtered and mineralised. Through this process, pure drinking water is obtained that meets the quality standards of the WHO. In regions with high temperatures and high humidity levels, a single machine can generate up to 6,000 litres of water per day, thus providing the water supply for entire villages.

Customer Groups
The ability to produce water from the air is of major importance wherever drinking water is in short supply. The customer groups are therefore primarily the following organisations and businesses:

Uses/Benefits
The AquaMission technology allows water to be produced at any location in the world. It is independent of stationary water resources. The economic benefit is enhanced by the fact that the cold air generated in the condensation process can be used for air conditioning buildings. Through the decentralised water production, diseases borne by contaminated water are unable to spread. The process has the advantage of having no negative impact on the environment. There is no need to transport and store water at great expense as the water is produced when and where it is needed.

No reviews were found for AquaSociety - Model AquaMission - Energy Module and Innovative Drum Filter Systems. Be the first to review!