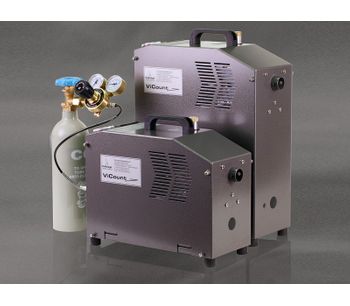 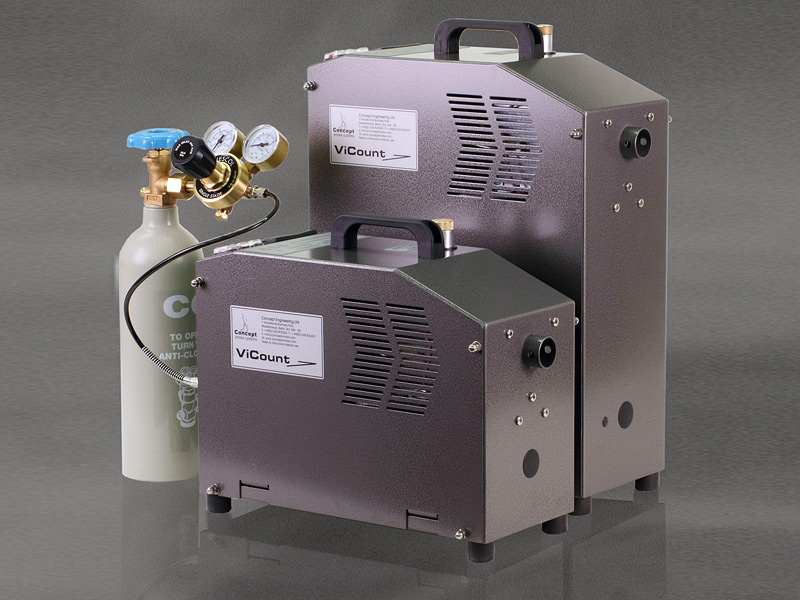 The resulting smoke from the ViCount is extremely persistent, depending on the grade of Smoke Oil selected, the smoke produced by the ViCount can persist to 200°C (compared to typical water based smoke systems 40-50°C) before layering / evaporation commences, making the unit ideally suited to hot fire training applications.  It is also used during carbonaceous burns to top up smoke levels in different compartments.  The ViCount smoke is also unaffected in fast moving air streams / turbulent conditions making it the perfect tool for PPV / Impulse Ventilation training. Even if training or smoke logging in unheated conditions, the smoke produced by the ViCount will out-perform all conventional water based alternatives, whilst dramatically reducing the consumption of Smoke Chemical. Typically, users of water based glycol smoke systems can experience reductions of 80-90% in smoke chemical consumption, for similar if not better smoke densities.

Please note that the ViCount can also be programme...

Please note that the ViCount can also be programmed / adapted to cater for Concept's water based smoke fluid.

Concept's main priority with all smoke generators is the safety of the smoke - especially in Fire Training Applications where extremely dense concentrations are needed to create the most realistic scenarios possible. Whilst out performing water based smoke systems, the smoke from the ViCount is also the safest in its class, tested by the Health and Safety Executive, National Occupational Hygiene Service, US Navy and the AWE (Atomic Weapons Establishment). When dense concentrations are needed for training purposes the ViCount uses a fraction of smoke fluid compared to water based smoke systems to achieve a given effect - meaning that LEL's are much much lower!

The unit produces a non-toxic, food-quality, artificial smoke entrained in an inert carrier gas stream (usually CO2 or Nitrogen). ViCount smoke, although intrinsically bio-degradable, does not evaporate like conventional water based systems.

A comparison of a Concept ViCount Smoke Generator and a typical water based smoke system at Hertfordshire's Hot Fire Training Centre.

The ViCount requires virtually no maintenance due ...

The ViCount requires virtually no maintenance due is its automatic purge system. After every operation the ViCount clears any remaining smoke fluid, preventing carbonisation in the heat exchanger. The heat exchanger on this unit and all of Concept's mains powered smoke generators are guaranteed for life.

The ViCount is arguably one of the worlds most cap...

The ViCount is arguably one of the worlds most capable smoke generators, used heavily for:

The smoke produced by the ViCount has a particle size 1/10th that of conventional artificial smokes, hence dramatically less chemical is required to smoke log any particular volume. Smoke can be vented from premises after a building envelope or leak test, leaving no signs or indications that a test has even been carried out.

'As you are aware we have been using the ViCount unit now for some time as our main method of generating smoke for air leakage path identification as part of building airtightness tests. The speed at which the unit builds smoke is very impressive and consistently in line with the guidance given by yourselves.

The nature and density of the smoke produced proves very effective when observed from outside the building giving sufficient time for and allowing easy observation of emerging smoke and leakage paths. The very persistent effect has allowed us to test buildings with volumes up to 40,000 m3 with just two units.”

The entire range of ViCount smoke systems produce a consistent aerosol / smoke particle size and distribution throughout a wide range or pressures, and will produce anything from a tiny wisp (for small scale applications) to a large plume of smoke (for large scale applications e.g. NASA's Glenn - the world's largest wind tunnel).

Smoke from the ViCount can be passed through flexible ducting if required using optional ducting adaptors. Further reductions can be made, and we are happy to advise on the construction of rakes etc.

The ViCount is commonly used for HEPA filtration tests due to its consistent particle size of just 0.2 - 0.3 microns. It can also be programmed to use Ondina El or Emery 3004 / Durasyn 164 - the approved oil for HEPA filter tests.

No reviews were found for Concept - Model ViCount - Compact Smoke Generator. Be the first to review!