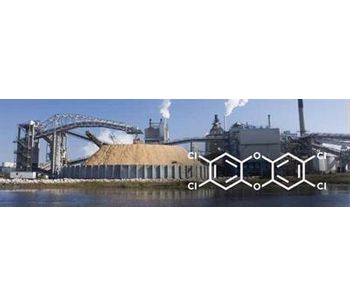 Dioxin is a general term that describes a group of 210 chemicals that are highly persistent in the environment. Dioxin is formed as an unintentional bi-product of many industrial processes involving chlorine, such as waste incineration, chemical and pesticide manufacturing, and pulp and paper bleaching.

PRL’s low detection limit testing is instrumental in protecting the food supply of countries globally by helping our clients monitor what their populations are consuming and whether they are staying below recommended consumption levels.

Analytical methods with testing limits that go even lower than current government regulations require are important so that dioxins and their pathways into food are identified early.

Our lab tests for seventeen toxic congeners (seven chlorinated dioxins and ten chlorinated furans) which have been assigned toxic equivalency factors by the World Health Organization (WHO). Our reference method for this analysis is EPA 1613b.

To perform tests at this level, our dioxin laboratory utilizes some of the most sensitive instruments available, including three Thermo DFS High Resolution Mass Spectrometers.

Our chemists have presented a number of important papers in this field of research, including presentations on improving and speeding up the analysis of dioxin at recent dioxin conferences (2014 Madrid, Spain and 2015 Sao Paulo, Brazil).

There are 210 congeners for mono thru octa chlorodibenzo(p)dioxin (75) and chlorodibenzofuran (135), however only the toxic congeners - those with chlorine in the 2,3,7,8- position - are reported. In your report, you will find a concentration for all 2,3,7,8- congeners for dibenzo(p)dioixn (7) and dibenzofuran (10) expressed in units of ng/kg (nanograms per kilogram, parts per trillion) or pg/L (picograms per litre, parts per quadrillion) and a detection limit. A total concentration for each homologue series is also calculated. This total includes the contribution from the corresponding 2,3,7,8- congener.

Each toxic congener has been assigned a toxic equivalency factor (TEF) relevant to 2,3,7,8-TCDD. The individual concentrations multiplied by their corresponding TEF and then summed together give a Toxic Equivalency (TEQ). Both International TEQs and WHO-TEQs are reported.

All samples are spiked with fifteen carbon-13 labelled surrogates prior to extraction. The recovery of these surrogates are monitored and reported.

It has been well established that 2,3,7,8-tetrachlorodibenzo-p-dioxin (TCDD) is carcinogenic, and that other chlorinated dioxins and furans with the same 2,3,7,8- backbone are also toxic. However, each of these 2,3,7,8- congeners do not exhibit the same degree of toxicity.

A number of systems have been developed to express the total toxic contribution from dioxins and furans. In each system, the toxicity of each congener is weighted relative to 2,3,7,8-TCDD. This is called a Toxic Equivalency Factor or TEF. When results are reported, the concentration of each congener is multiplied by the corresponding TEF. These values are then summed together to give a total toxic equivalency or TEQ.

ITEQs are most common in North America, while Asia and Europe tend to use WHO-TEQs. Revised WHO TEFs were released in 2006. Most, but not all regulations, that use WHO-TEQs have been converted to require the 2006 version

To obtain a complete dioxin TEQ value, PCBs values must also be included. Twelve of the 209 PCB congeners have been assigned TEFs by the WHO. As per the dioxins, the concentration of each congener is multiplied by the corresponding TEF. These values are then summed together to give a PCB-TEQ. New WHO TEFs were released in 2006. They are in limited use at the present time, but should be expected to increase in popularity as more data is produced.

Upper and Lower Bound TEQ
There are many conventions for how to calculate TEQ values for compounds that are not detected. Regulatory jurisdictions typically substitute zero (0) into the formula for any non-detectable compound. This result is call a lower bound TEQ. Due to the toxicity of dioxins, many agencies have opted to report the worst case scenario for TEQ values. In this case, any result that is not detected substitutes the detection limit into the formula. The resulting TEQ is called an upper bound TEQ. In reality, the actual value is somewhere between the Upper Bound and Lower Bound TEQ, but we do not know where.

No reviews were found for Dioxin Analysis. Be the first to review!