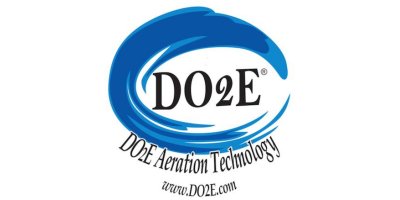 The Little John Digester is a state-of-the-art pretreatment system for wet wells and lift stations that injects air through a specially designed air manifold system constructed of heavy-duty non-corrosive material. Atop of this specialized manifold are stationary ridges or blades. As the air travels up and through the digester cylinder, a void is created. With this Venturi effect, solids are pulled in through the bottom of the digester and across the stationary blades or ridges at the top of the unit. As the Venturi effect pulls solids up to 35 feet per second the solids are immediately broken down upon contact with the stationary ridges on top of the digester into micro-fine particulates. Once mechanically broken down the increase in dissolved oxygen combined with the micro particulates creates the perfect food source for advanced bacterial degradation.

Ozone can also be injected in this cylinder, which...

Ozone can also be injected in this cylinder, which further facilitates the digestion process of raw sewage before it enters the wastewater plant. The Little John Digester uses THREE means of digestion: Mechanical, Chemical & Biological. This 3-step treatment process is simultaneous and converts F.O.G. into Carbon Dioxide & Water on contact.

We recycle the existing cleaning chemicals found in grease traps and lift stations such as soaps, detergents, degreasers, stain removal solvents, drain cleaners, fabric softeners and all of the other house hold cleaners that are discarded down the drain every day. Once discarded, these unused household chemicals become stratified or separated in the water column within the lift station and have little to no effect in the digestion process. We have a unique way of blending all of these existing chemicals/components together to further break down the F.O.G. deposits and other matting which commonly occurs in lift stations. This is one of the key components of our Green Technology, recycling discarded chemicals. It is estimated that the chemical digestion accounts for 20 to 25% of the digestion process that will be occurring in the lift station after the Little John Digester is installed.

The mechanical process works by continuously moving and impacting the solids against the stationary ridges at speeds up to 35 feet per second, and accounts for approximately 70% of the digestion process.

The biological digestion process is greatly enhanced by increasing the dissolved oxygen levels and creating a bio-soluble food source in which the bacteria can quickly and easily consume. Aerobic bacteria become highly stimulated and go on a feeding frenzy, reducing the BOD and COD levels by up to 70%. The biological enhancement accounts for up to 10 to 15% of the degradation & digestive process. This entire pretreatment process also reduced odor (H2S) by up to 80%.

No reviews were found for DO2E - Little John Digester Pre-Treatment System. Be the first to review!