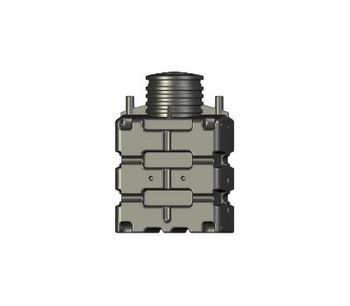 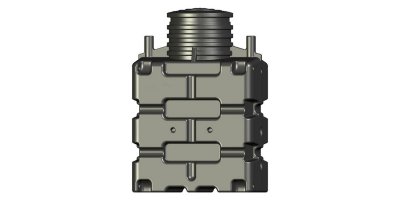 The ECOROCK-2000 Small sized sewage treatment plant is a sewage treatment plant that caters 2-8 persons domestic application. The ECOROCK-2000 Series system functions as a two stage Sewage Treatment Plant. The raw sewage first enters a Primary tank to provide pre-separation and initial breakdown of organic solids. The sewage then passes through an effluent filter before discharging into the BIOROCK unit itself which incorporates the aerobic filtration process.

Where required the BIOROCK Series can be retrofitted to a traditional septic tank.

(*) Depending on effluent quality requirements it is in some cases possible to cater more than the official amount of persons (P.E.) per unit.

This later stage of the process is defined by layers of BIOROCK media. The BIOROCK media is pretreated with enzymes in order to achieve rapid start up and to stimulate the growth of the correct bacteria type; these bacteria colonize the media in vast numbers and rapidly digest the organic waste. The treatment philosophy has been developed around a combination of aerobic/anoxic biological degradation and filtration. The BIOROCK technology advantage is further characterized by - minimal maintenance requirements & ability to handle intermittent (seasonal) loadings. (E.g. Holiday homes, Safari Lodges, Camping Sites, etc.)

The ECOROCK-2000 units are packaged domestic waste water treatment plants, providing a consistent high quality effluent that meets the highest standards. The biological purification technique requires no electricity or moving parts. As a result of this; maintenance and operational costs are particularly low, and reliability maximized. The units are assembled in durable HDPE tanks with lightweight, low profile, access covers. The plants are supplied as a complete package for simple installation. The BIOROCK units utilizes a unique fixed bio-film technology with specific functions to achieve an odor free effluent, suitable for irrigation or re-use in the grey water system. Due to the high quality of the treated effluent produced, should it be desired, it can be discharged into sensitive water courses.

No reviews were found for ECOROCK - Model 2000 - Sewage Treatment Plant for 10 Persons. Be the first to review!