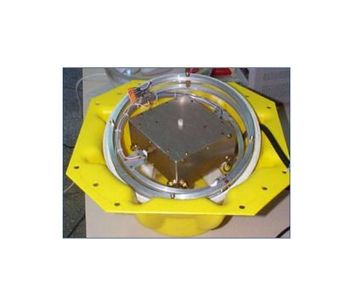 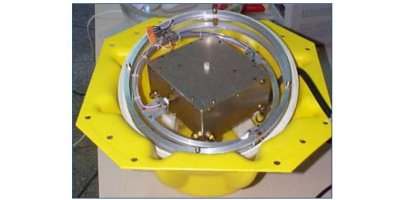 TRITON CLASS Ocean Bottom Seismometers are low cost devices for seismic refraction, composed of a 17” glass sphere certified up to 6700mwd containing three geophones (two horizontal and one vertical), a rubidium miniaturized atomic clock, a high resolution digitizer to collect data and the battery pack to supply all the electronic devices.

The digitizer logs the geophones and hydrophone data in its flash memory in compressed format. A good correlation of the OBS acquired data with external events is provided by an atomic clock, with a very low drift. For autonomous acquisition periods of 2-12 weeks the time synchronization (executed before the deployment at sea) with the GPS pulse per second is basically maintained.
The whole system integrated in the glass sphere is mounted on a plastic case with a hard base equipped with a “burn wire” release mechanism allowing the free fall installation and the pop up recovery. The base is mounted on a metal ballast of 40kg to get a deployment speed of 0.7-0.8m/s in free fall condition. At the reception of a coded acoustic command (sent from the surface commander unit) by means of the acoustic transducer on the top of Triton 6000, a dedicated internal switch close a circuit generating a current through the external metal wire connecting Triton to its ballast: the seawater acting as electrolyte starts a quick corrosion of the wire and in less than 4 minutes the OBS leave its ballast to return on surface. The identification of the Triton on sea surface is facilitated by an amber or red flasher light and by a flag or radar reflector (depending on user request). The geophones convert very small motions of the ground into electrical signals, which are recorded digitally. They consists of a mass, containing electrical coil, that are suspended by a spring between the poles of a magnet. When the ground moves, the magnet and spring support move with it. The mass tends to remain stationary, so its motion will lag behind that of the magnet. To assure good quality measurement also in case of tilted installation up to 15°, the three geophones are mounted in a gimbal submerged by a high viscosity gel that allows correct levelling without introduction of filtering effects in the signals. Triton devices integrate also an hydrophone in seawater that provides information that is similar to the vertical geophone, and under certain conditions can have a better signal/noise ratio. All collected data are referred to absolute time obtained by a miniature Rubidium Atomic Clock.

No reviews were found for Envirtech - Ocean Bottom Seismometer. Be the first to review!