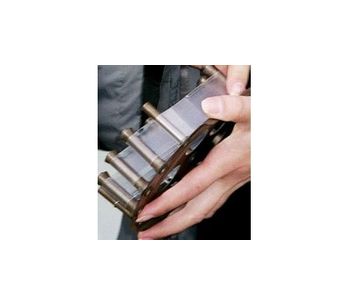 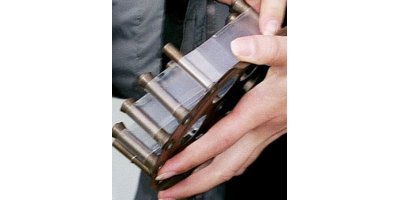 From Passive Samplers for Water

Economy. No additional electrical equipment needed for sampling. EWL series samplers offers full-shift to 30-day sampling; you only need one sampler for a TWA sample, and one sampler means only one analysis.

Efficiency. No need to make multiple worksite visits to change sampling media; 30-day sampling can be done with just ONE sampler.

EWL series samplers are the only demonstrated in situ passive monitoring approach for sampling sub-part-per-quadrillion levels of dissolved residues such as dioxins.

The compounds listed below are the example of common contaminants sampled by EWL series samplers. Many other hydrophobic substances with a -log Kow greater than 3.0 can be sequestered in triolein and ultimately analyzed.

For the purposes of monitoring Persistent Organic Pollutants (POPs) EWL series samplers can be included in monitoring programs to reveal environmental contamination and to investigate the bioavailability of contaminants from environmental media.

SPMD passive sampling technology have been used by many governmental agencies around the globe (e.g., UK EPA, Swedish EPA, Chzeck EPA, Australia EPA, US EPA, USGS) for the monitoring of water-soluble organic contaminants. The US EPA has been instrumental in developing the SPMD as an airborne contamination monitor. The Environmental Agency of England and Wales has adopted the SPMDs as part of their monitoring programs. The National Laboratory Service of the UK Environment Agency has been awarded accreditation for analysis of SPMD devices to the ISO17025 standard by the United Kingdom Accreditation Service (UKAS). The Institute of Public Health in the Czech Republic use EWL as a standard method. SPMD is being considered by the European Union as a standard method for dissolved phase chemicals.

EWL consists of a neutral, high molecular weight lipid such as triolein which is encased in a thin-walled lay flat polyethylene membrane tube.

The EWL-PRC consists of a neutral, high molecular weight lipid such as triolein which is encased in a thin-walled lay flat polyethylene membrane tube.

The EWL-Tox consists of a neutral, high molecular weight lipid such as triolein which is encased in a thin-walled lay flat polyethylene membrane tube.

No reviews were found for ExposMeter - Model EWL-PRC - Lipophilic PRC Water Sampler. Be the first to review!