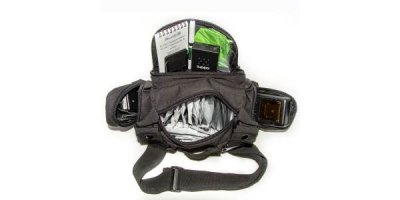 E.L.I.T.E.™ explosives detection colorimetric test kits are the most convenient test kits on the market. Each one is self contained, has a long shelf-life, detects a broad range of commercial, military, and home-made explosives – down to single nano gram amounts – and can be carried in a shirt pocket. For these reasons, E.L.I.T.E.™ test kits are used by elite military, police, and security services worldwide.

E.L.I.T.E.™ enhanced colorimetric chemistry is unique, giving the user easily discernible colors and false-positive rates lower than other currently available test kits, instruments and even K-9s. There are no known false-negatives.

E.L.I.T.E.™ kits are used in a broad range of applications including checkpoint screening of people, vehicles and baggage, security spot-checks, forensic intelligence gathering and post-blast investigations.

E.L.I.T.E.™ doesn’t require an instrument to read the result and since a color change indicates a positive for explosives or a precursor chemical the color chart is only for reference. A digital camera records the result, the kit serial number, date, time, GPS location and other information.

E.L.I.T.E.™ tests for peroxides and chlorates in liquid, vapor or solid form and can even detect peroxide-based explosives such as TATP when the TATP is stored or hidden under alcohol.

There are three different basic ELITE™ tests, the EL100, the EL100EXO and the EL240. The EL100 and EL100EXO use a chemistry that requires a heater for part of the test; we have chosen this particular chemistry because of its high sensitivity and low false positive rate; The EL100 uses an automated external heater and the EL100EXO has a built-in solid state disposable heater. The Model EL240 for chlorates and peroxides has a pen-like design to give operators some finger protection when sampling potentially friction-sensitive explosives. Simple, rugged and reliable kits for the real world.

First time buyers of E.L.I.T.E.™ generally buy one of the complete field kits such as the hard-sided EL1001-X or the soft-sided EL1002-X – each is equipped with ancillary equipment, an illustrated field guide, heater, gloves, marker pen, etc. Each can be equipped with other detection or identification capability such as the Spot.On.ID™, which can further differentiate and identify explosives.

No reviews were found for FFI - Model E.L.I.T.E. Series - Explosives Detection and Identification Kit. Be the first to review!